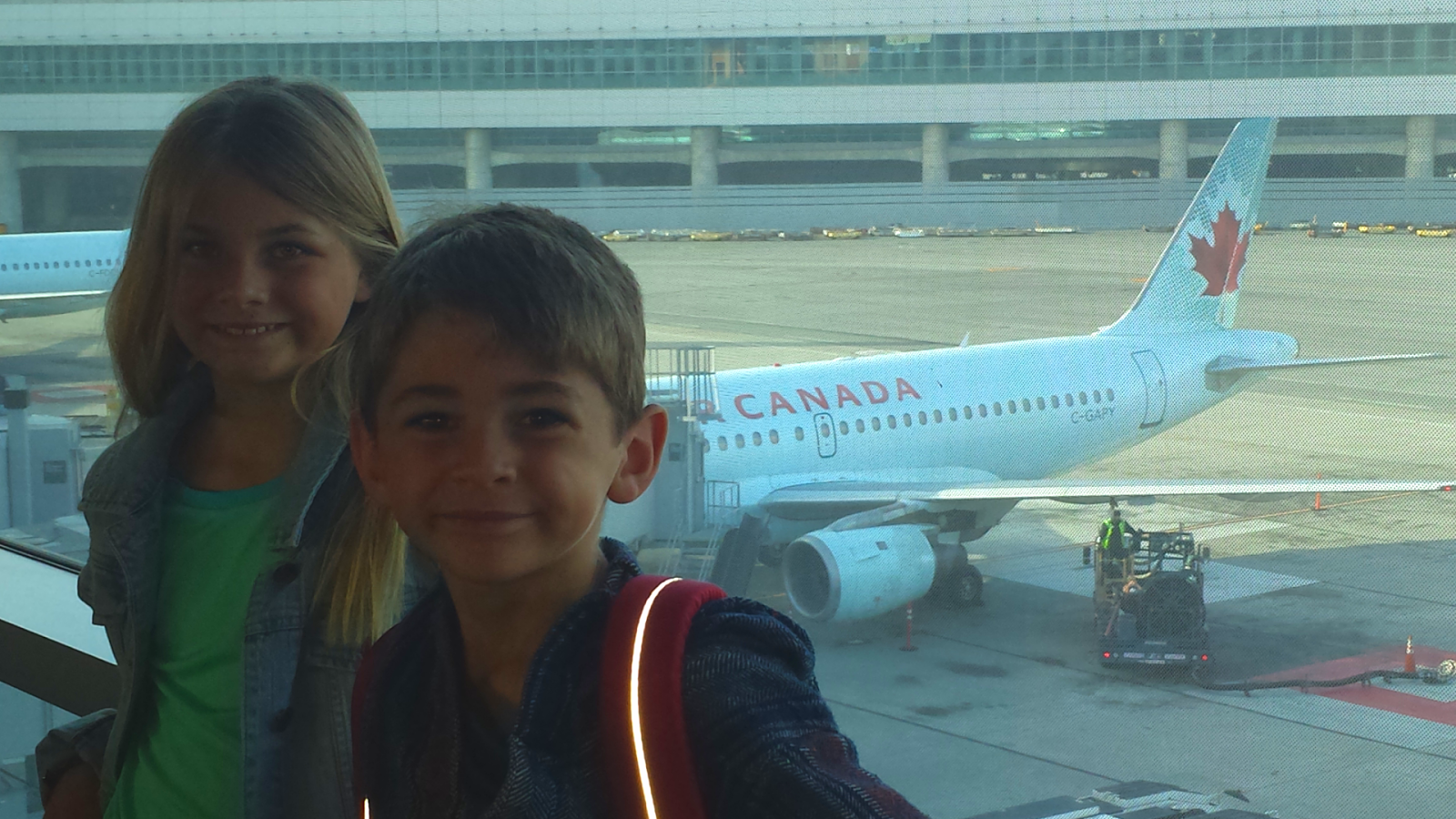 Oppss, Dad made a mistake.
We thought we were leaving at 11AM, but Dad checked and found we were leaving at 8AM.  So we packed quickly drove to San Francisco, booked a hotel while driving, and stayed at the Quality Inn for a five and a half hours.  We had a yummy breakfast and the lady working there helped us make waffles.
To the airport, we dropped off our rental car and took the train to the international terminal.  Bags checked, through security, and we boarded our first flight on Air Canada.  It was a five hour plane flight on which I got to watch The Lego Movie and The Lion, the Witch, and the Wardrobe.  We landed in Montreal and enjoyed a quick dinner at Cabine U where the waiter, Maurice, was very nice and helped us order stuff my brother and I would like. Then off to the Maple Leaf Lounge, where Dad had to sweet talk Alec and I in as he is allowed only one guest.  The lady was very nice and only charged us for one, $25.  We found a kids' room with Legos, Play Station and outlets for us to play Mind Craft and read books on my Kindle.  And there's yummy snacks including fresh baked cookies and juices.  Next up a 8 hour flight to Rome. 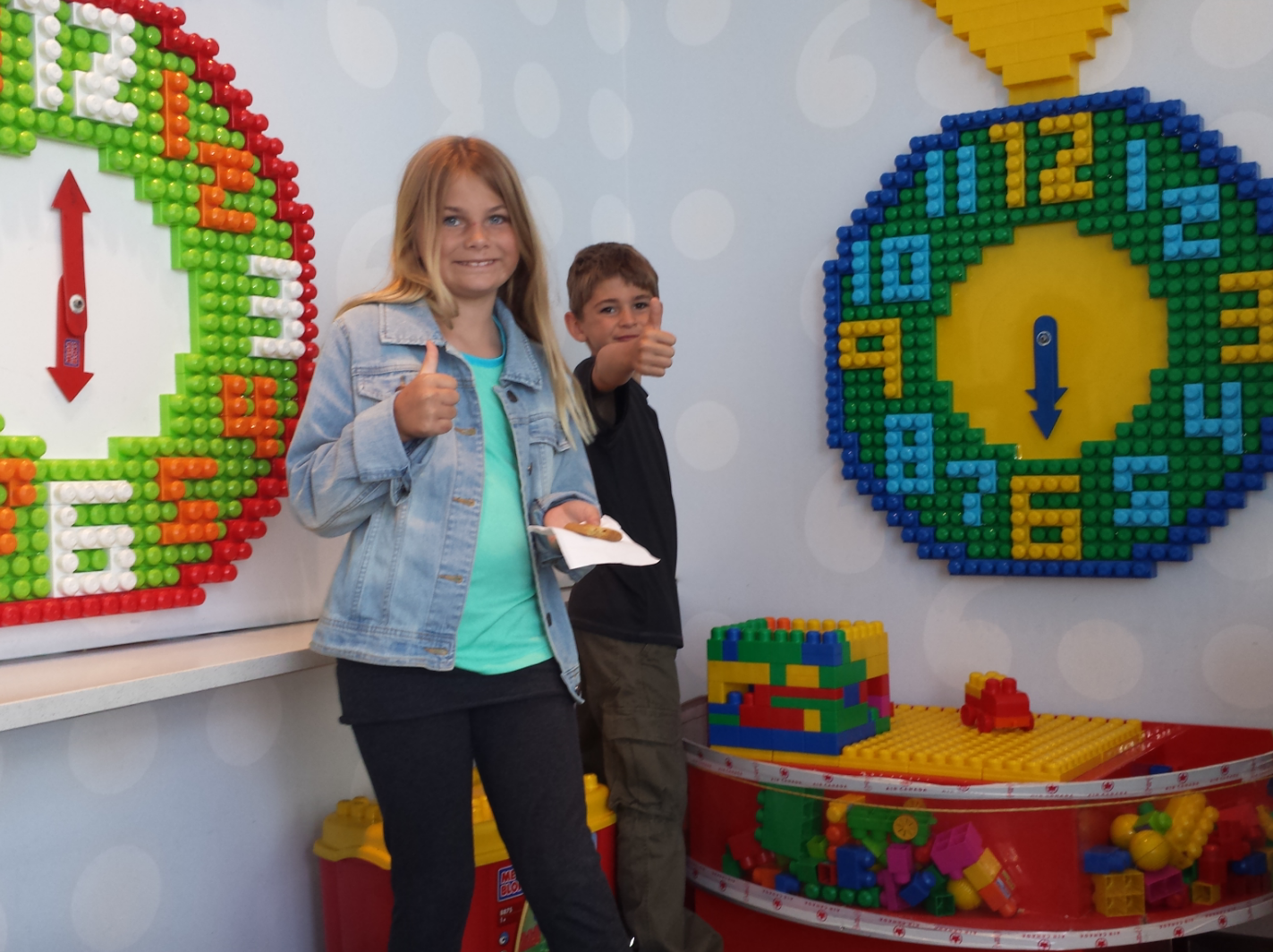 Thanks Lauren! Come visit us after we get home. We miss you, Ian, and Gavin. - Ally & Alec

Jenny, Thank you. I am really liking blogging. It is fun to share what I am doing with other people.