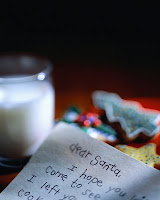 ...is that bad? To twist our child's Christmas list, so we can revive our road cycling passion. A year or two before kids were we were really starting to get into road cycling. At least one day a week after work we hit the local American River Bike Tail an amazing 32mi stretch of trail from downtown Sacramento to Folsom Dam for a ride. We participated in competitive rides like Eppie's Great Race the world's oldest triathlon, test our self rides like the Foxy's Fall Century, and fundraising rides like the Emigrant Trails Bike Trek for the American Lung Association.
But with kids...the brakes went on. We still continued to be active, but with a lot of things at a much less and slower pace. Bike riding is one that took a serious backseat. We never got around to getting one of the pull behind trailers because it seemed as soon as we started pricing them out...well, #2 was on his way. So here we are with #2 coming up on his second birthday and we feel a sense of freedom starting to bubble to the surface. And our feet wish to return to the clips of the bike, but with our kids in tow.
The realization this could come true came one day this fall when a friend called to tell us her girls

were finished with their tag-alongs. A tag-along is kind of a half a bike that gets hitched on to and pulled behind the adults bike. It allows the child to be more of a participant peddling as they like and the biggie working on those balance skills necessary to ride a bike on their own. In fact my friend got them for her 5yr old twins and in less than a year she was calling me to pass it on as her girls had graduated to their own bikes and she swears up and down the tag-along definitely sped up the process. So we said yes, and that weekend it was hooked on to Dad's bike and our 4yo equipped with her helmet was on her way...and loving it!

So OK we have one kid set...now moving on to the 2yo and hence "HIS" request to Santa. I was lucky in that my father growing up worked for a Huffy plant in rural Ohio. He was allowed discounted bikes and bike accessories on a renewing annual basis. So I have lots of pictures of myself on back of a nice 70's rust colored bike in a tan child seat. And we have very good friends who have had their now 4yo in a CoPilot Limo since he could walk. Ok, so as a family we have asked Santa for either that or a Topeak for Christmas.

Living in Northern California there are so many beautiful winter days between storms where we want to get outside, but the ground is so muddy we are perplexed as to what to do with the kids. So hopefully Santa will answer our Christmas wish and this year you will spot this family on the American River Bike Trail on sunny days.
So get your child on the go on a bike on the nice days this winter. By simply doing an Internet search of your area and adding the words "family friendly bike trail" something will pop-up. I would have listed some here, but honestly there were listings for pretty much every state, parts of states, metro areas, and national parks.
Posted by A. Jolly at 2:08 PM