Day 1 ....One of many amazing snorkel trips and beaches to come

So we went non-stop while in St John's but that means we didn't have a lot of time to blog, so now we will try to catch up.

Day 1 we slept in some.  Our hosts, the Dad, Justin, is a friend of my Mom's from college, Indiana. We've known them too for quite a while.  Once they came through Tahoe and stayed with us when we lived at Alpine Meadows.  And then two years ago we stayed with them at this incredible farmhouse in Italy.  Mom and Dad weren't sure how we would be sleeping, but they had said they had room.  We slept great in our downstairs apartment, which had two bedrooms, two baths, and a spacious living area.  Which by the way our friends rent out the entire house if you are interested click here.

We moved slowly that day while my parents made plans for the week.  Booked my Dad and I a dive for Friday.  Mom decided to let Foe, Justin's wife go, instead of her.  Mom likes to dive, but likes to know a bit more about where she is going and the conditions before going.  She's still pretty nervous. We saw their gardeners cut down a banana bunch.  Probably 50 bananas we would hang in their house from the rafters to ripen.  We also learned they chop down the tree the bunch came from because it will eventually die and a new tree comes from the root system.

After lunch we were off in our Jeep to explore the Beaches.  Our biggest goal for the day was to find Alec a turtle.  We crossed to the other side of the island to Hawksnest Beach. The great thing about St John's is there are only about 3-4000 residents and no cruise ships can pull in, so it's not very crowded.  Then add that most of the island is a National Park, including the coral reefs right off the beach and it's well loved and taken care of. 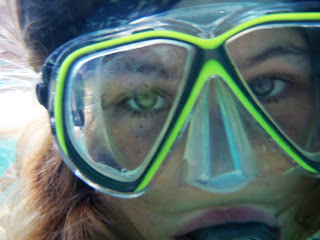 We were late getting there, but parking was still no problem and our hosts had loaned us beach chairs, towels, and a cooler.  We were set.  We already have our own snorkel gear. 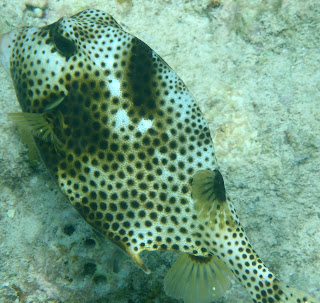 There were a couple of reefs right off the beach.  The first one we went to the right and it was beautiful.  Easily out for 45 minutes we saw lots of coral, fish, and more.  It was amazing.  We went in for a rest and played in the sand, but we had to try again.  Alec had not seen his turtle yet, so went out again to our left for another 45 minutes.  Still no turtle, but a stingray.  The snorkeling was amazing though...better than any we have done in Jamaica or Turks and Caicos and there it was right off the beach. 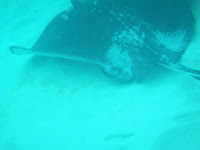 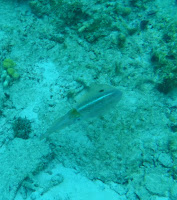 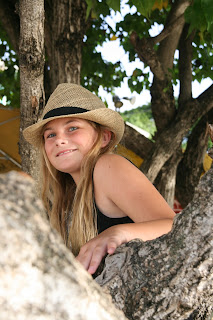 We had evening plans with our hosts.  Happy Hour is HUGE on the island, so we headed back and then gathered with our friends and went into Cruz Bay, the main town on the island.  We parked and made our way to the beach facing the harbor where our ferry had dropped us and eventually stopped at The Beach Bar where they had tables right on the beach so we kids could play and climb some trees.  We ordered Shirley Temples while our parents ordered the island favorite, Painkiller.  Food was on special too, so we ordered a lot of items and just shared.  It felt like I was back in Italy where every night the parents would make up a huge anipasta platter and we'd all stuff ourselves with cheeses, crackers, and more..  We also took our picture for our summer school spirit project. 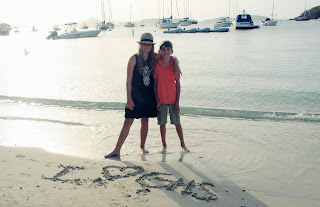 We watched a beautiful sunset, but then our little hostesses, Georgia and Rae, were getting tired and it was time to head home.  A quick stop at The Market Place for supplies (which by the way can be very expensive....a loaf of bread is $5) and we were on our way.  I needed to get to sleep too because tomorrow I would be diving.

I had missed this one. I know how much you love to dive. So glad you got to see the stingray. I remember sting ray, parrot fish and brain coral when you and I snorkeled right off beach at Turks! Fun! Love, Nana