Is it a Fiord/Fjord or a Sound? - Te Anau and Milford Sound 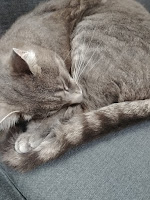 This morning we awoke in another Top 10 RV Park.  This time in Te Anau.  Another very cramped RV park in a small lake town, but it was raining most of the time, so we were inside the RV or the common areas on the resort most of the time.  The kids met “Ollie” the campground cat. 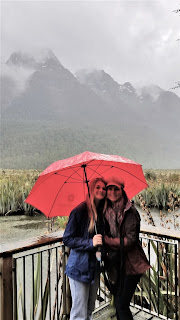 A quick, cold breakfast and we were picked up by our driver with Southern Discoveries in a van at 8:30AM.  We were taken just up the road where we met our small coach/bus with about 16 other people on it and our 6 from the van made 22.  We learned our driver, Reese, was the “Personality of the Year” for the company and he was delightful.  On what would be our 3-hour drive to Milford Sound he gave us lots of facts and made several wonderful stops for photos and 15 to 20-minute walks.  At one we even got to see a native New Zealand parrot.  Quite mischievious we were told.  So really the driving time was less than 2 hours.  The BIG buses which held more like 100 people did not make stops, so definitely worth it. 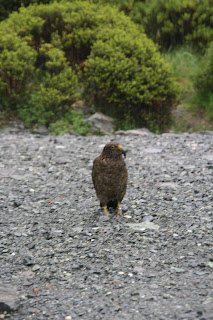 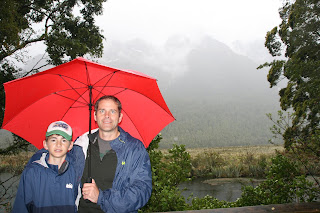 
This morning when we awoke it was pouring and we were very concerned about what our day would hold, but on our journey, we learned also that this is one of the wettest areas on earth and that the literally thousands of waterfalls we were seeing were all produced by the rain.  On the drive, there is only 1 that is naturally occurring and on the “Sound” there are only 2.  If they do not have rain for a single day 90% of the waterfalls dry up and if they lack rain for 3 or more days they all do, but the 3 naturally occurring ones and they consider themselves in a drought. 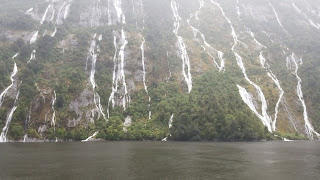 Once at the “Sound” we went to the boat port and got our picnic lunches (sandwich, 2 pieces of fruit, cheese and crackers, crisps (aka potato chips), cookies, and a piece of chocolate…well worth the fee).  Alec was super disappointed as we were getting on the smallest catamaran in the port…which still seated easily 50 people and we only had about 30 at this point.  But we would quickly learn this was the way to go.  Our boat could get closer to the side of the “Sound” and under….and I do mean UNDER massive waterfalls. 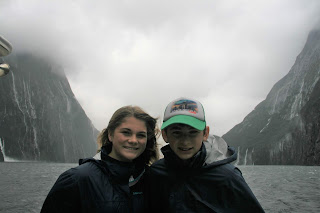 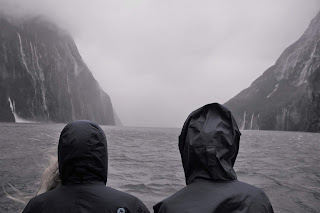 The area is nicknamed the “Shadowlands” for good reason, but it was one of the most amazing sites we have ever seen.  We got soaked to the bone from standing out on the boat’s roof getting our “glacial facial” from the waterfalls and enjoying the crew's comedic soundtracks blasted over the speakers like Neil Diamonds Rain Drops Keep Falling on my Head and ACDC Thunderstruck just in time for a true portion of the storm that included lightning and thunder.  We were grateful for the hot tea and coffee inside the cabin.

We would do a stop at an Underwater Observatory where we would also learn about Deep Water Emergence and the fact that the water that flows down the waterfalls from the rain collects tannins from the mosses and colors it a yellow then creates a 3-6 meter layer of fresh water on top of the saltwater that due to it’s cold and density does not mix and instead blocks out the light.  And below it you will find sea creatures that generally only live in the deepest parts of the oceans as they are tricked with the cold and lack of light to thinking this is their natural habitat.  This observatory gave us a glimpse into this.  A large ferry picked us up and took us back to port with lots of rocking and rain as the storm was now full-on.

An AMAZING day we slept most of the way back in the coach and enjoyed hot showers and a dinner of soup and grill cheese in the RV.  Then we hung out in the common room and plotted our final days in NZ.  Next up…we’re bucking the traditional routes and headed to the east coast, and Dunedin.

AND LASTLY kudos to Reese our driver…he did earn driver of the year from us.  Mom left her phone in her seat pocket and at about 7pm we found a note on our RV window asking if we left a phone on the bus and to come to our RV Park Office.  Reese had found it, seem the kids’ photos on the lock screen, and knew exactly who we were and where we were staying.  It helps when we are the only kids on the tour. 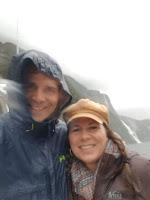 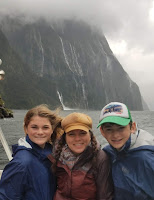