The "Exploratorium" of Israel

Haifa is a northern city in Israel located on the coast of the Mediterranean Sea.  It is our "home" for one month.  It has many sights to see. We can't see everything in one month, or can we?

On Monday, Mom was brave and drove us across town to a museum called MadaTech, The Israel National Museum of Science. This museum has over 600 hands on exhibits teaching you about different things in science. First we paid about $20 a person and got wristbands and went to the first section.

It was about cars and brain signals. One machine was a person where if you pressed a button the traffic light would turn green. The eyes on a mechanical person would turn green and the brain lights up. The person starts walking in it's showcase. If you press the button again the stoplight and eyes turn red, again the brain changes colors, and the person stops walking.  We also learned about different brake types and how cars can not drive on curves to quickly or they loss traction.


If you walk up the stairs you get to a long hallway where one room is all about sounds. You can listen to many sounds and vibrations.  And see how they are affected by air, water, direction, and more. 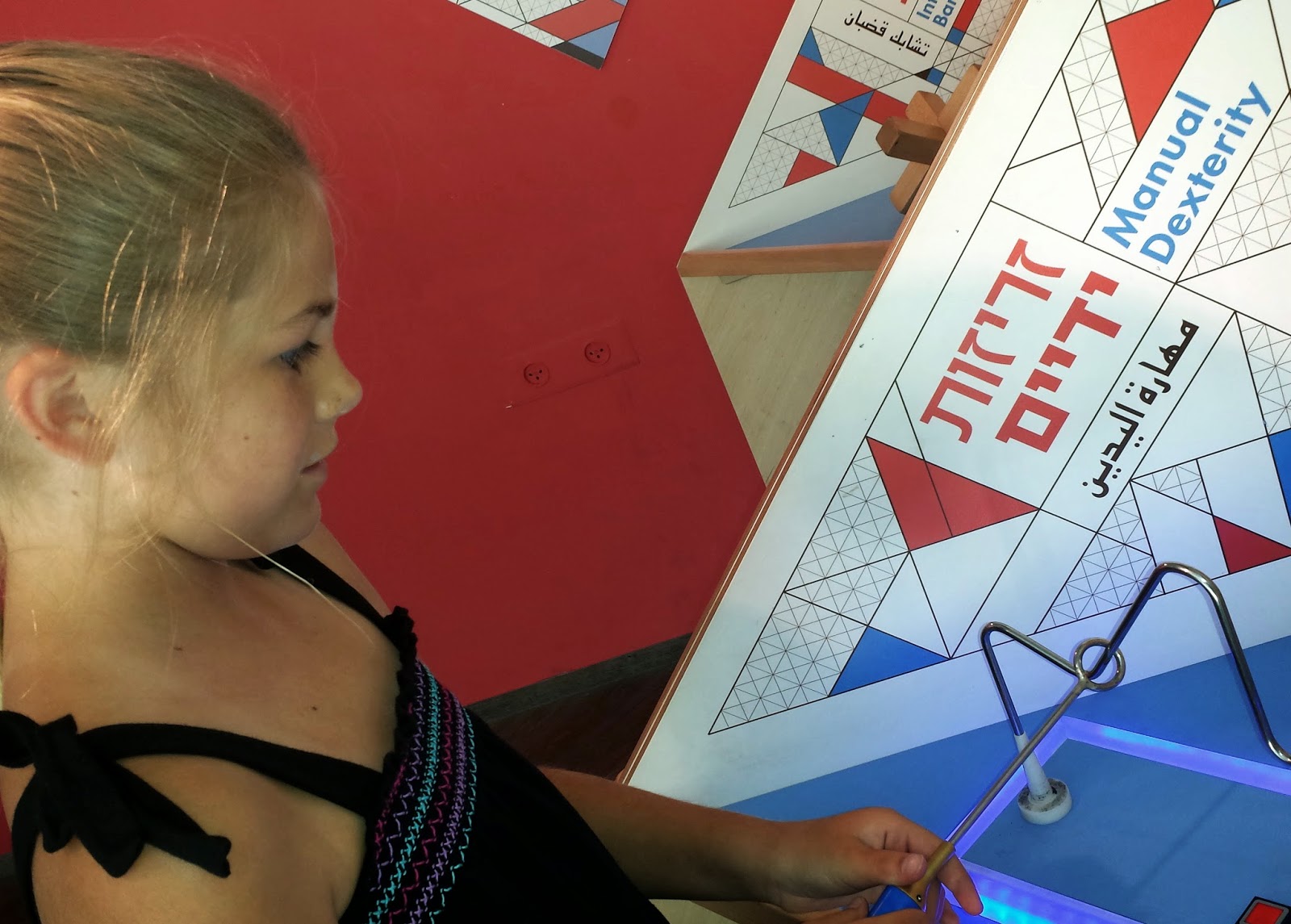 (Manual Dexterity)
If you go up another set of stairs you get to a puzzle room. My favorite was the puzzle where you use an iron bar and cant let it touch the other iron.  It measured my manual dexterity...hand-eye coordination. 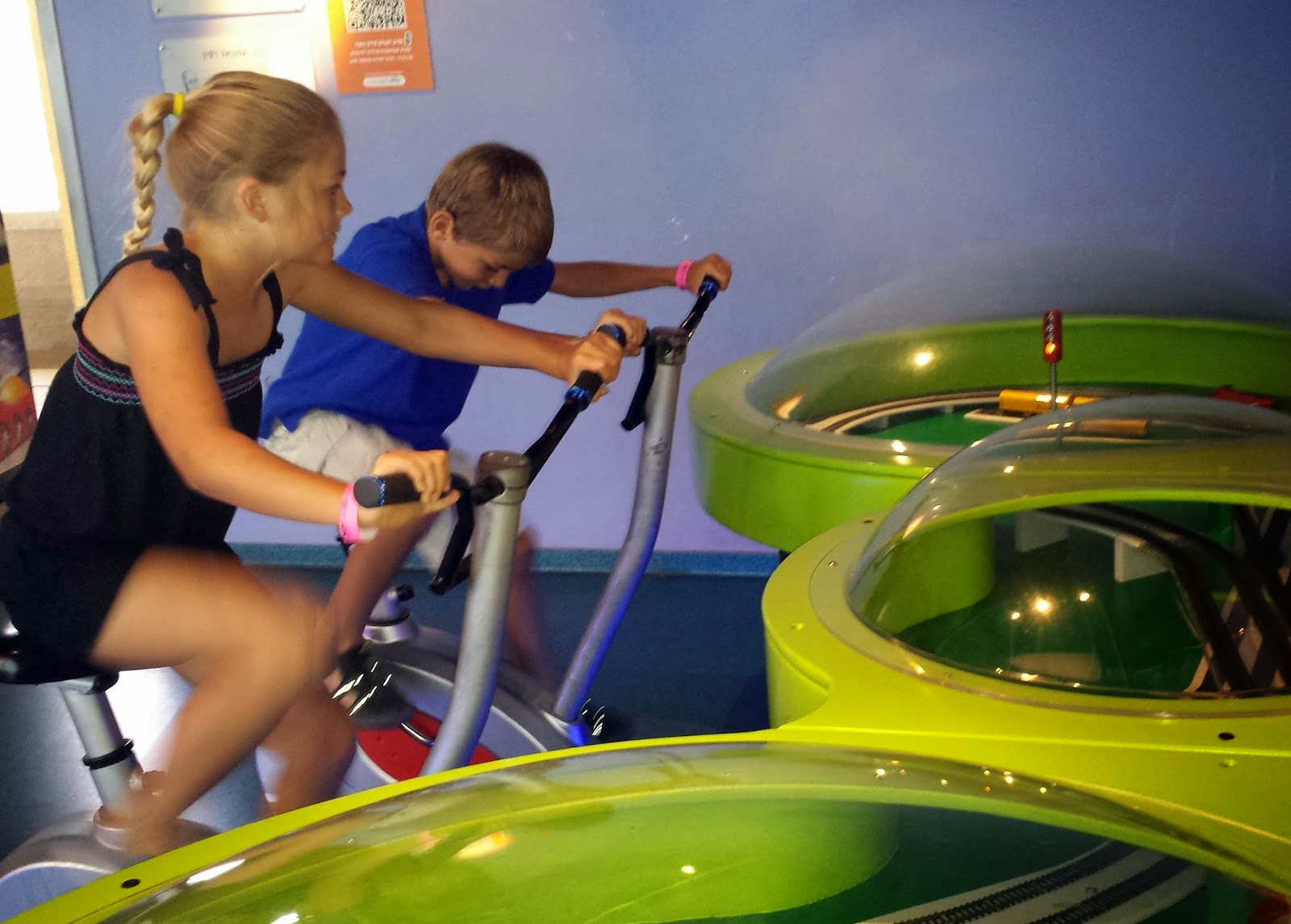 (Renewable Energy)
There was also a room all about renewable energy.  It had exhibits how the sun, wind, and water can create energy.  My favorite was when Alec and I raced trains by powering them by peddling bicycles. 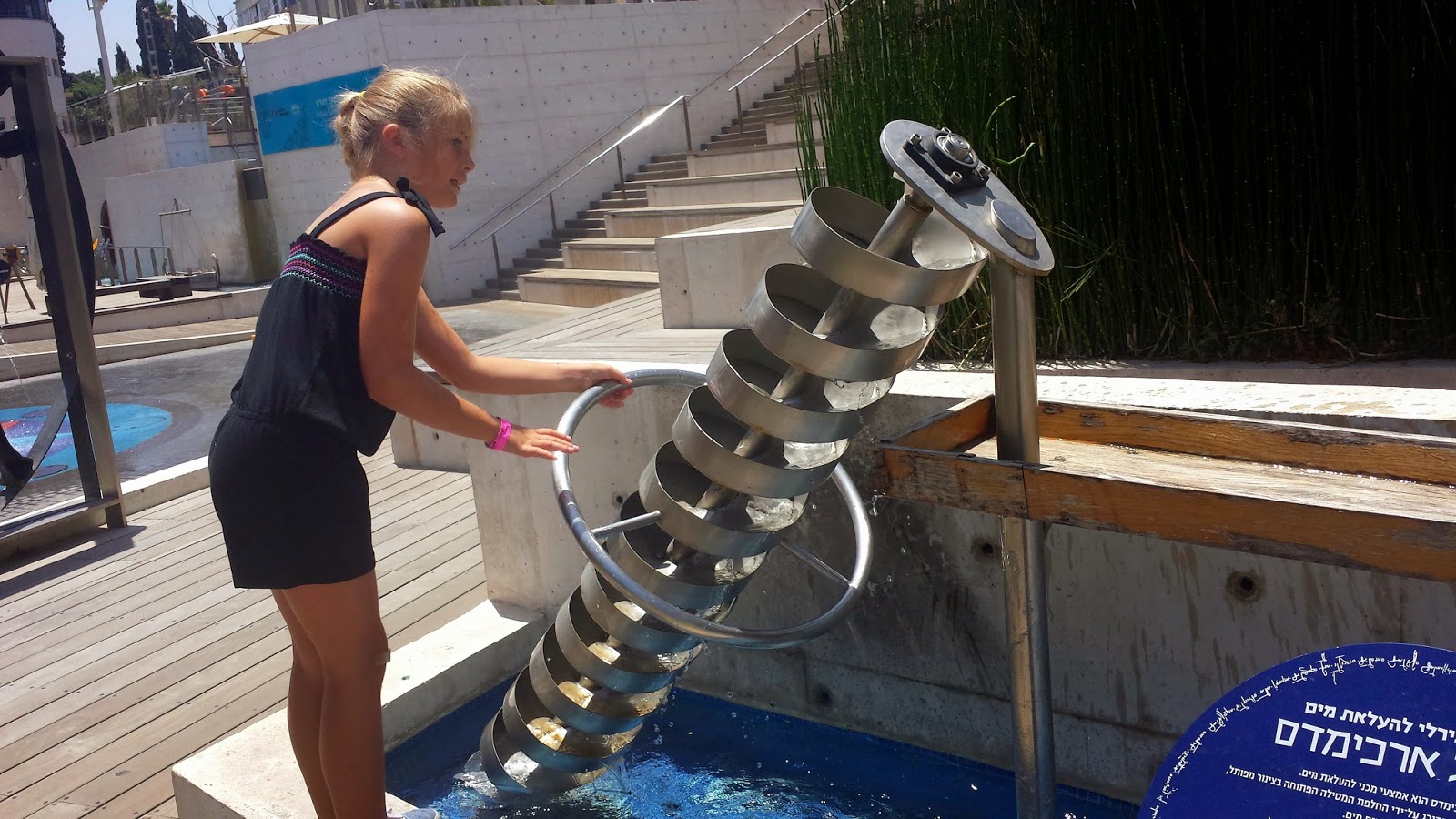 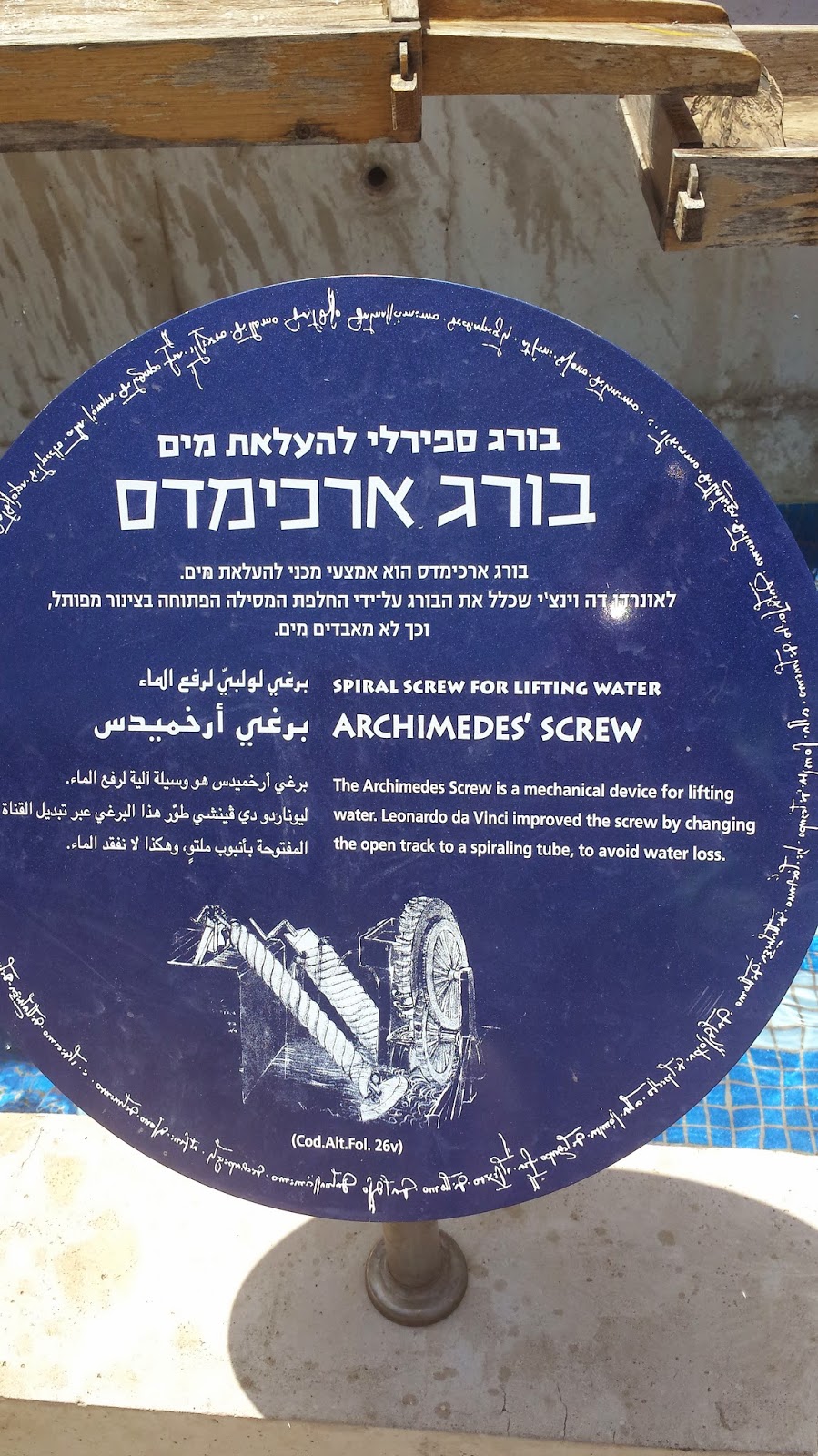 Go down the stairs again and go out side. There is a lot of stuff out there from water systems, to levers, and solar orbiting. My favorite was when you climb in a helicopter and pedal, eventually you will start to go in circles and there is also a piston you pump with your hand to make it go up and down. 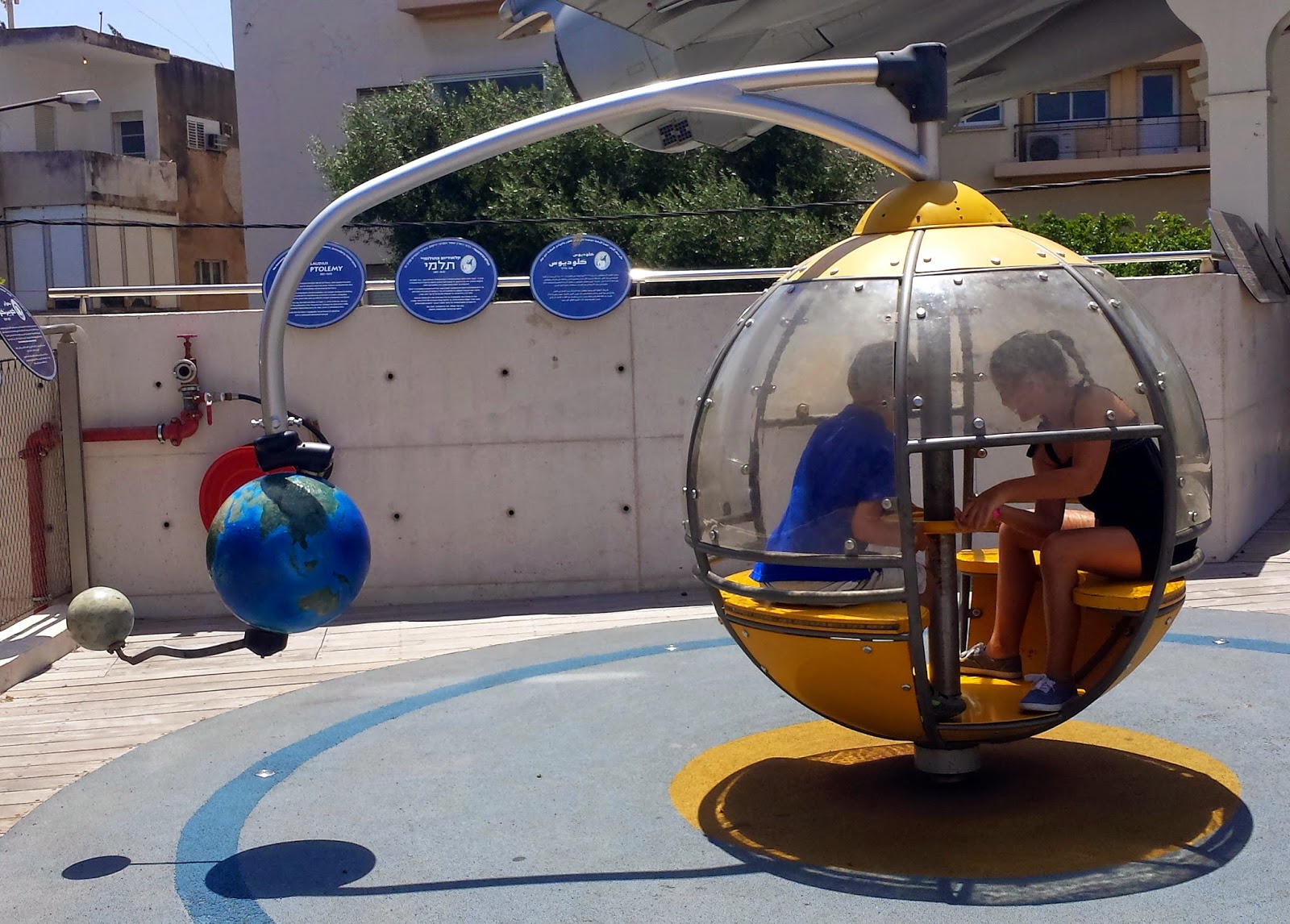 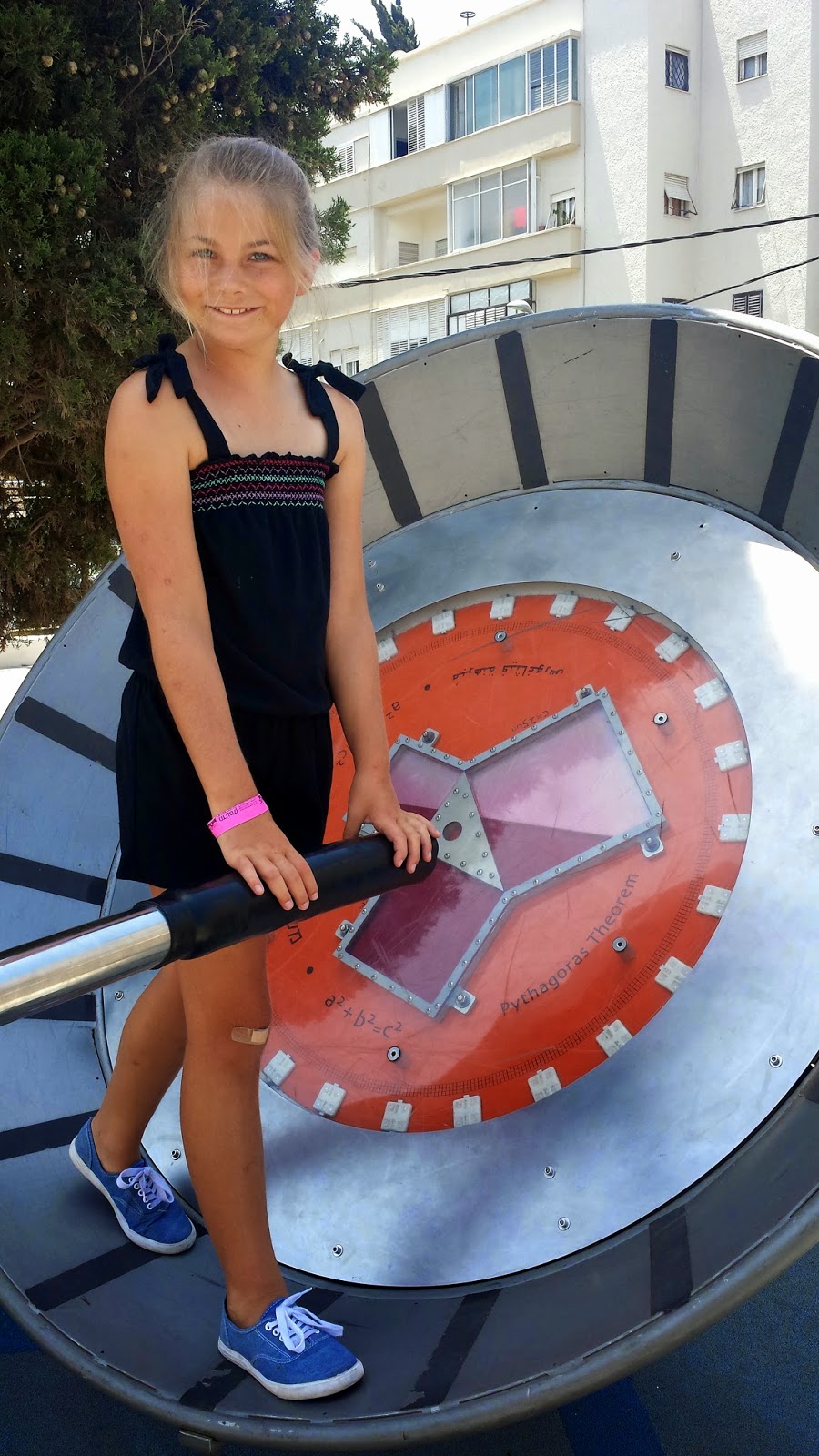 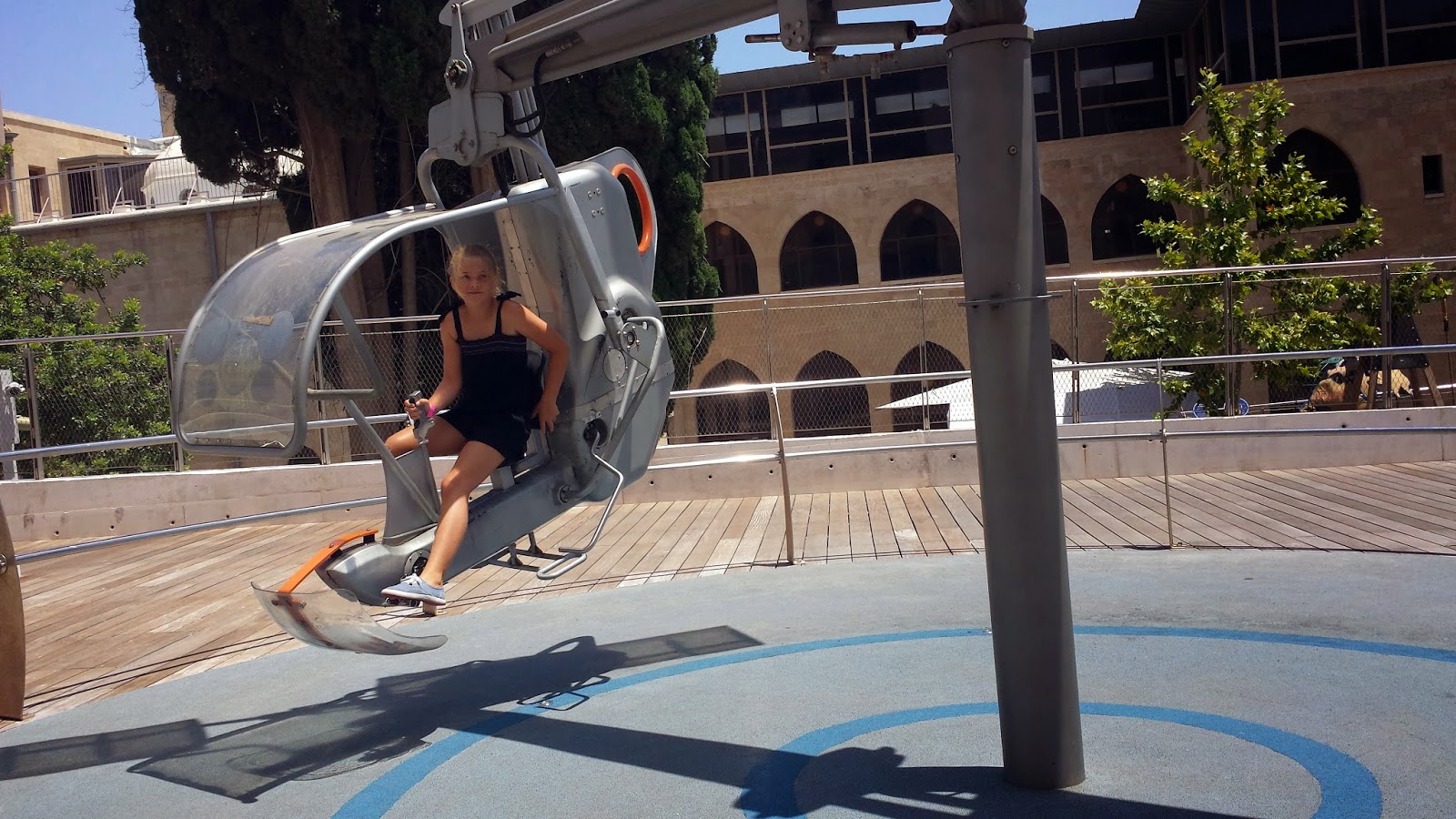 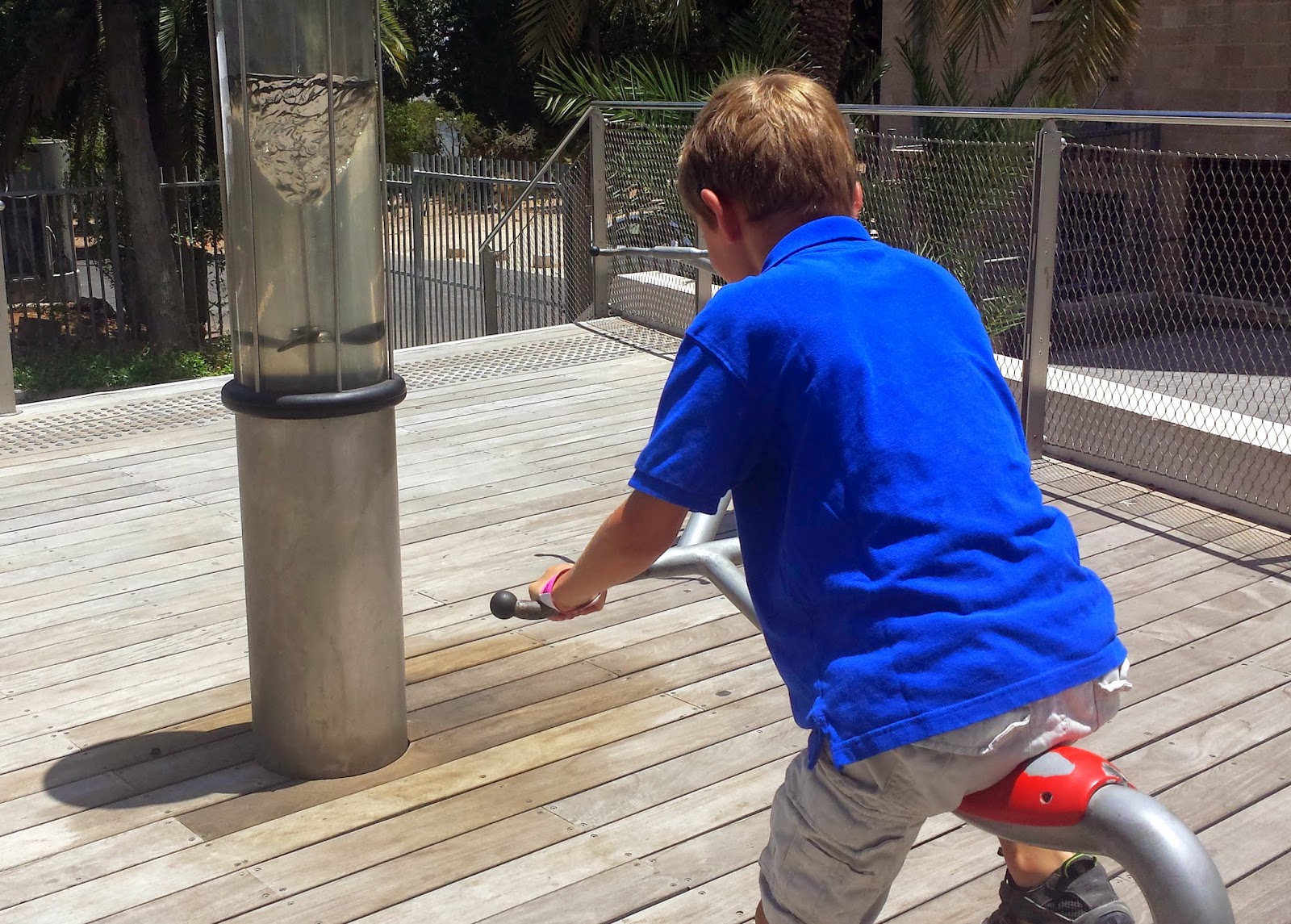 (Kid-powered Vortex)
Now for my favorite part. We walked to a different building, through a door, and into a dark room. A man in a sailor's outfit handed us a folded piece of paper. Once I went through another door and into the light I read aloud. SEAMAN'S BOOK! When I looked around there were boats everywhere. Inside the card there were several missions we had to complete. Rescuing a man overboard, diving into a shipwreck, visiting a ship's navigating bridge, steering a ship, and operating a crane. Soon Mom and Alec walked in. We took pictures in boats and life rafts. After I completed the first three missions I came to a large pool of water that had 3 ships floating inside.  The pool and the buildings were a miniature of the port of Haifa. I ran to a remote control and moved my ship forward. Alec and I ran our ships into each other. Finally I parked my ship. Another stamp! Then I drove a crane where I had to move around ship containers.  STAMP!  The sea and navigation are very important to the city of Haifa because it is a very large ship port.  In fact it is the largest seaport in Israel and handles containers, grains, oil, chemicals, and other cargo...including people as a lot of cruise ships come here. 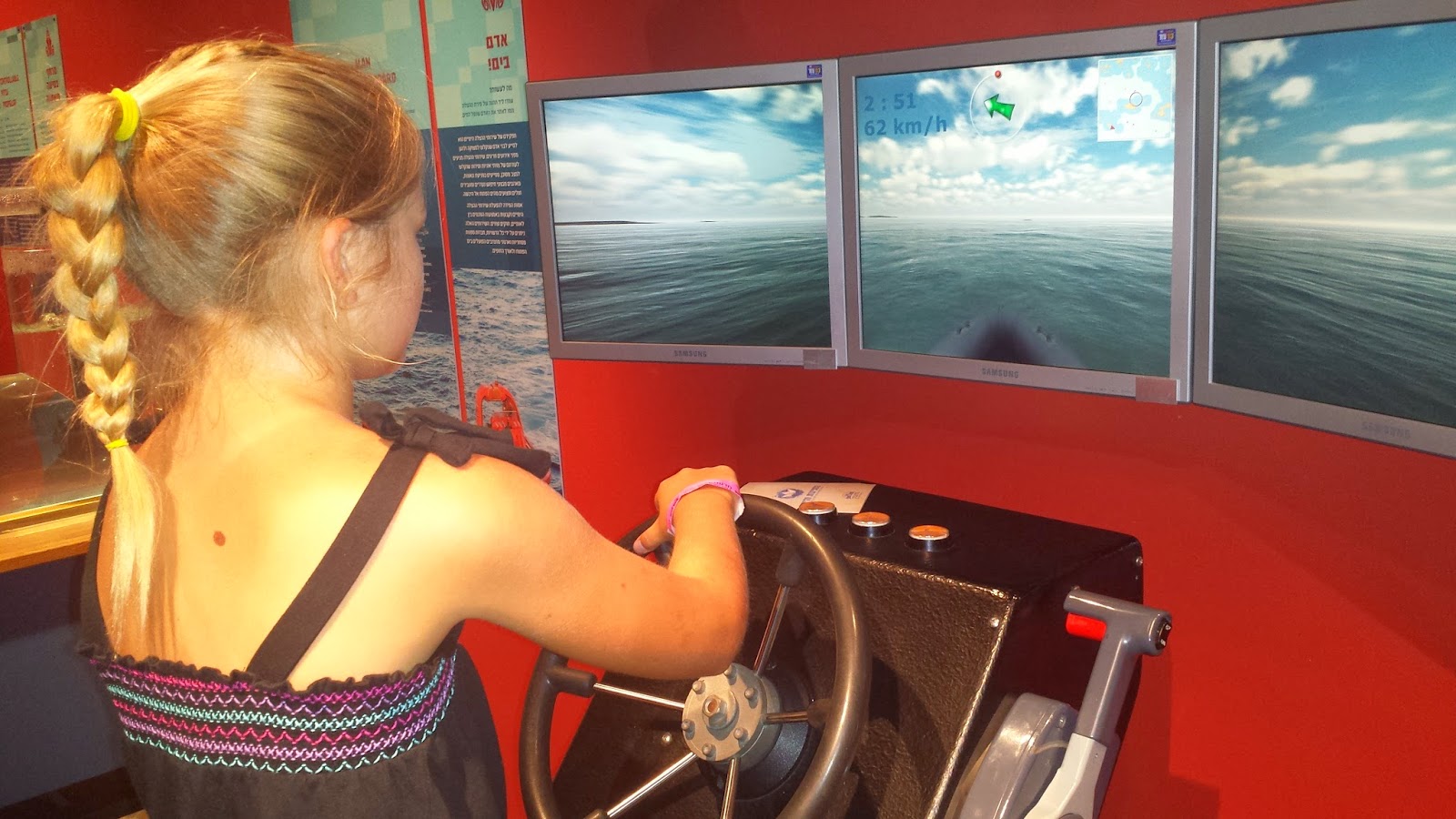 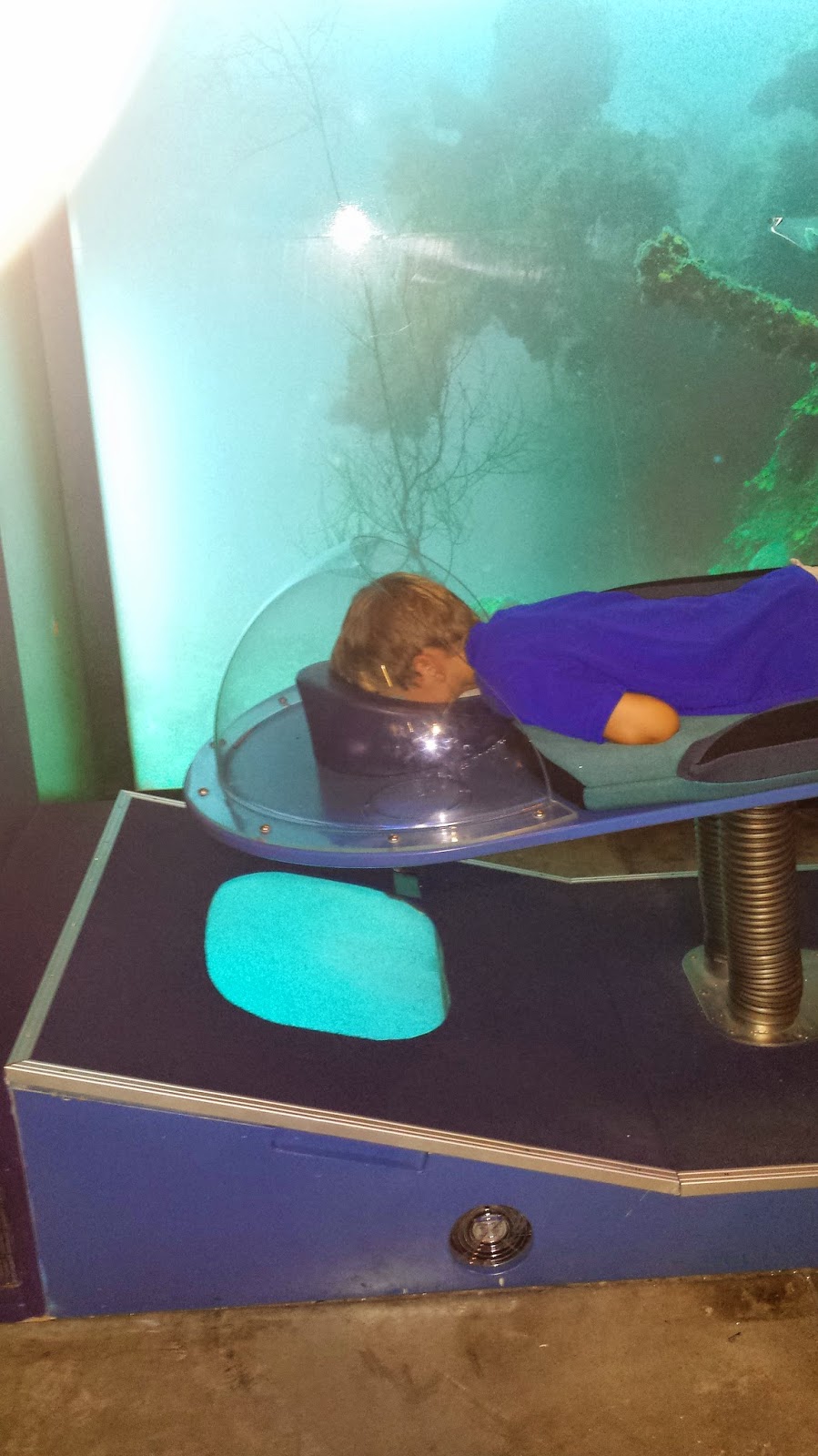 We were there for four hours and still did not see everything.  Out of all the museums we have visited so far this is my favorite.  In fact I even like it better than the Exploratorium in San Francisco.
Posted by A. Jolly at 2:04 AM

Hi Ally! I am really enjoying reading about all of your adventures on your blog. You are doing a fantastic job! This museum sounds very interesting. I noticed that there is a lot of Hebrew writing in many of your pictures. Have you learned to speak or read any new words?

What great adventures you are having!!! Love hearing about them each day!! Thanks for keeping us in the know!!! Love, Grandma !!

Dear Mrs. Ramos,
I am so glad you are reading. Yes, I did learn some. Actually I have a whole list