After we got to Paris we started packing in all the sites we could.  What's the best way to do that?  Well, it's going on a tour.  And after all our walking in Italy, Greece, and Israel we decided to do a bus.  Not only a bus, but a double decker bus with an audio tour, in several languages and three that were for kids only. There were many stops, but since my parents had already been here we decided to stop at the Louvre and Tuileres Gardens (jardins in French) close by, Notre Dame, Arc de Triomphe, Champs Elysees, and of course the Eiffel Tower. 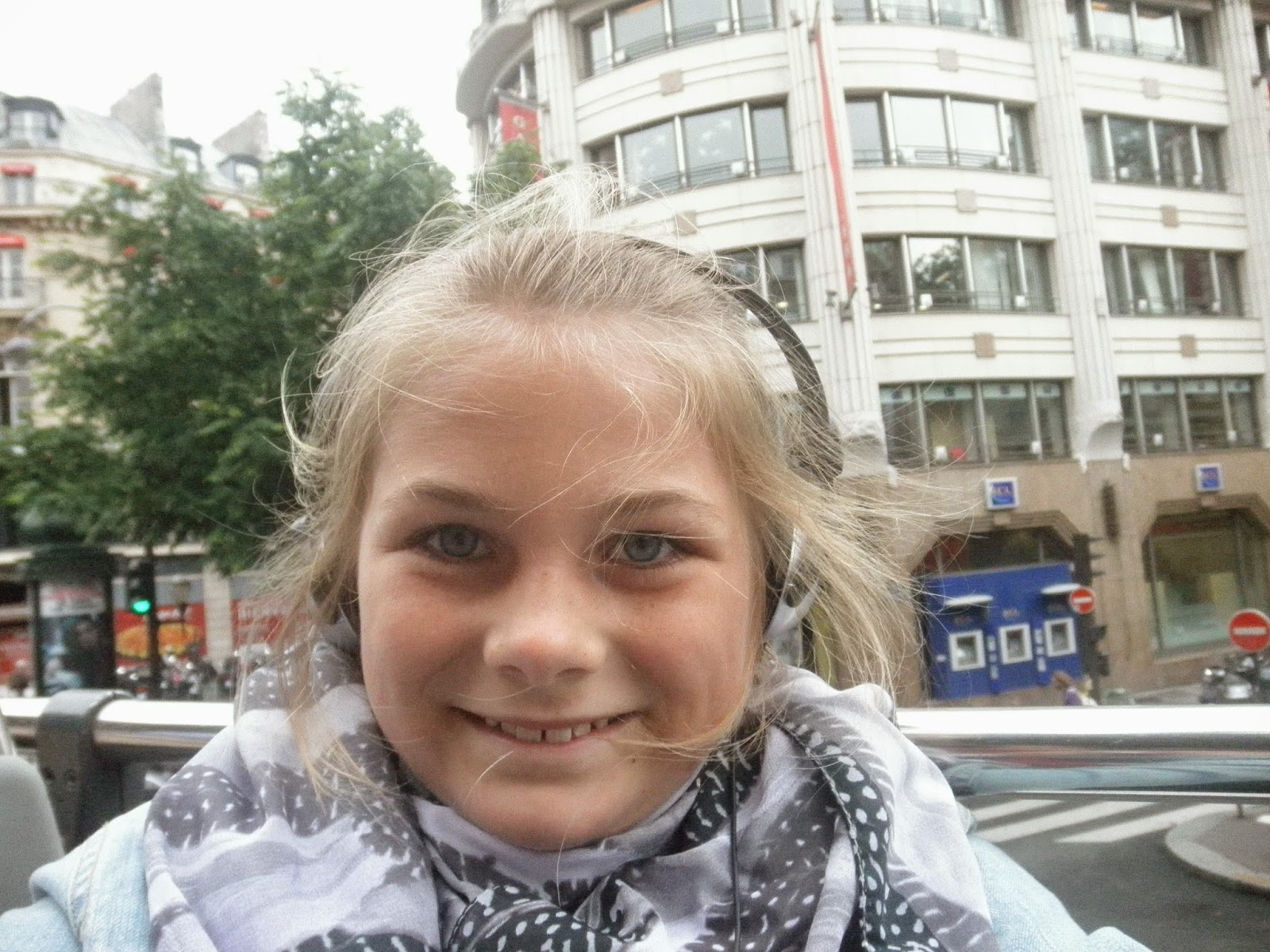 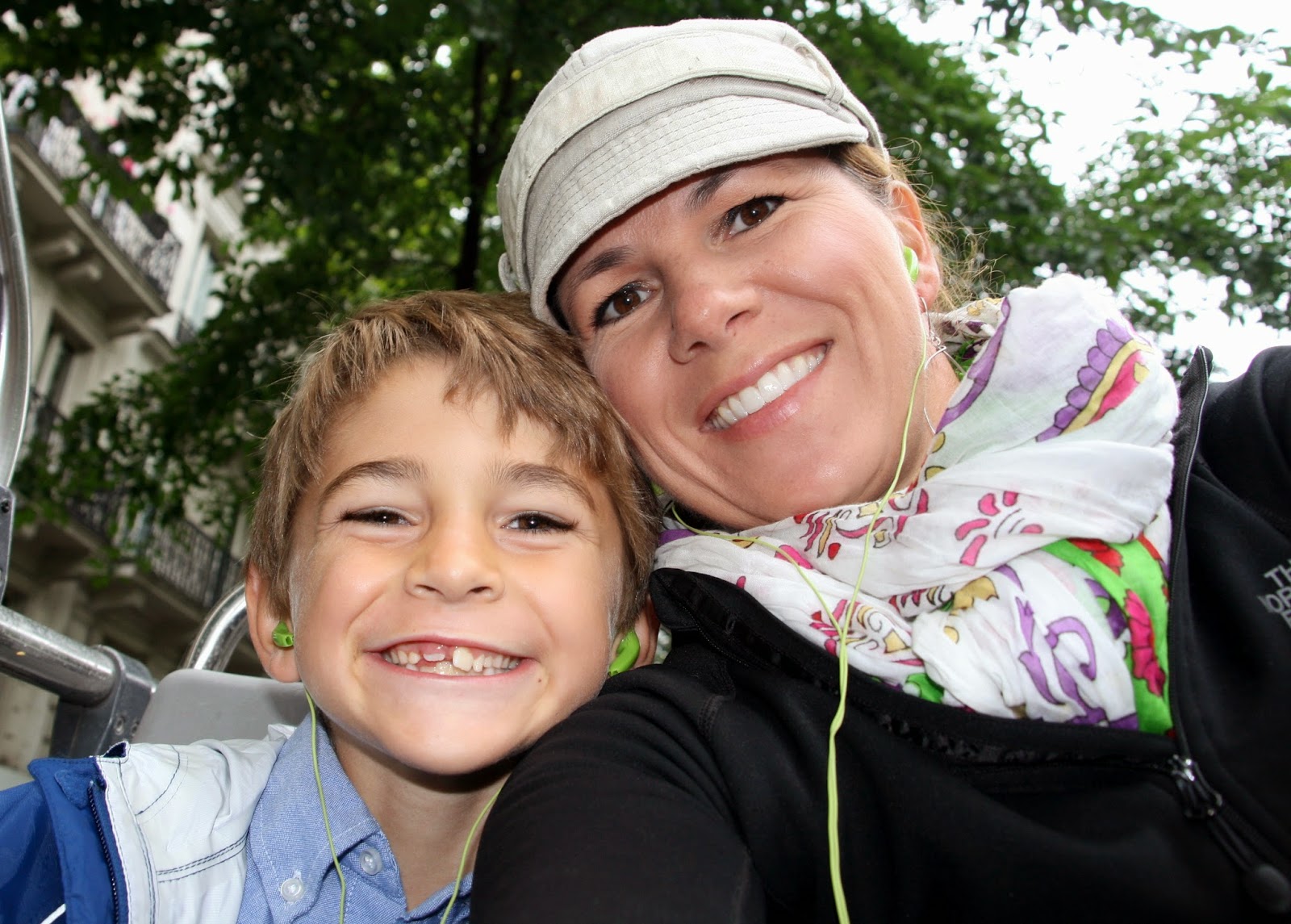 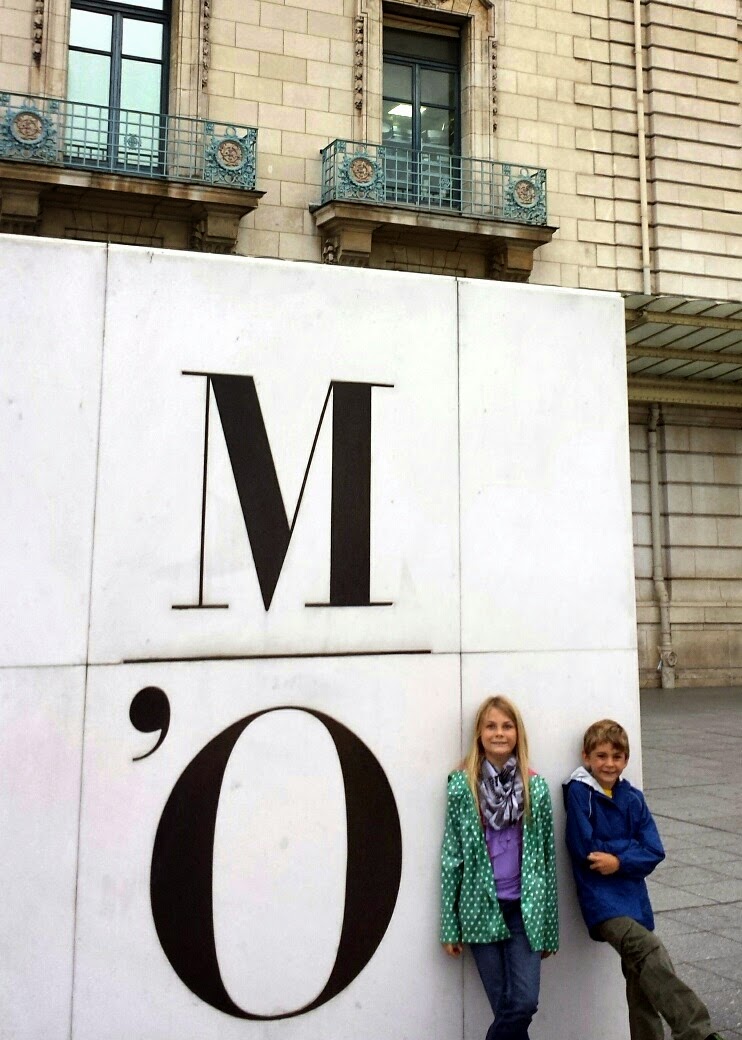 The Louvre is a giant museum filled with many famous art pieces.  My parents did not have us go in because our first night we went to the Orsay Museum (or musee in French).  There I had seen art by Leonardo da Vinci, Monet, Manet, Gauguin, Rodin, and many other famous artists.  Mrs Brewer our art teacher from GHS would be very proud we we recognized a lot of the art and knew the about the artists.  The Orsay is housed in an old train station.  The Louvre is also an old buiding but you enter through a glass pyramid surrounded by fountains. We also walked the gardens close by and saw many beautiful statues, fountains, and more. 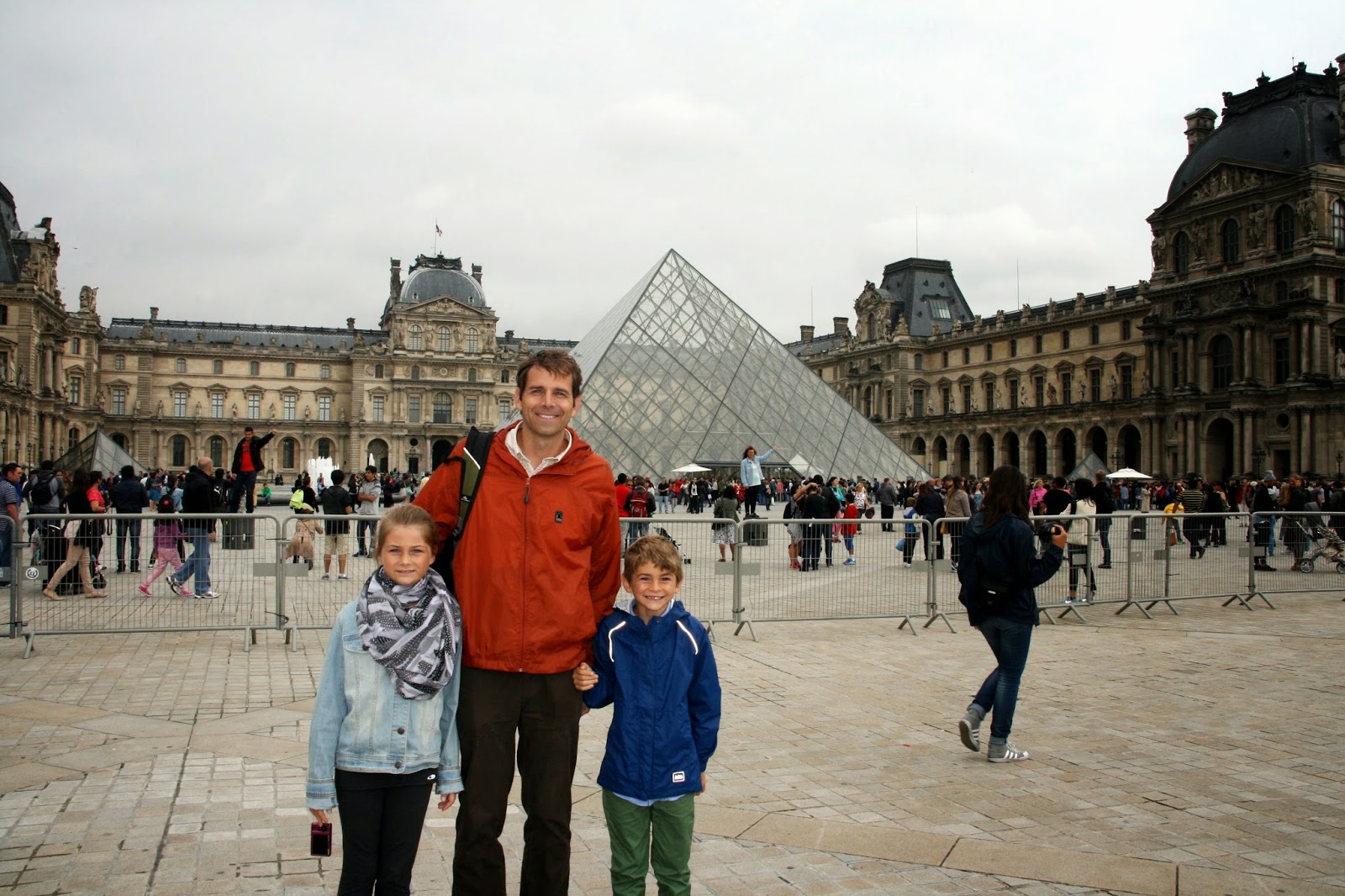 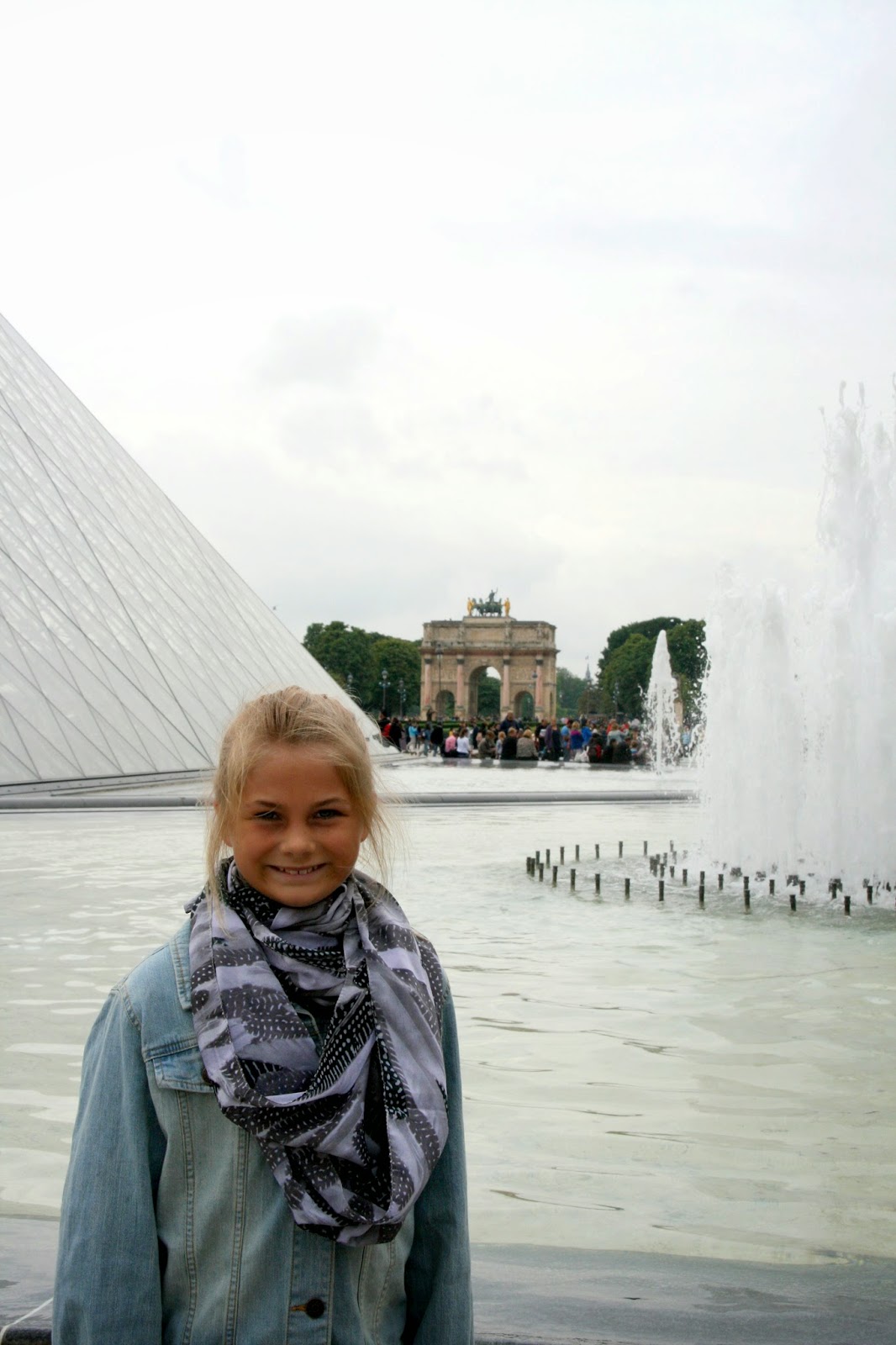 Our next big stop was Notre Dame.  Notre Dame is a big church that is filled with mini chapels or areas to pray around the outside and are named for the saints that are featured in each one.  This church was filled with many stained glass windows.  And on the outside there were gargoyles that I remember were friends of Quasimoto in the movie Hunchback of Notre Dame. 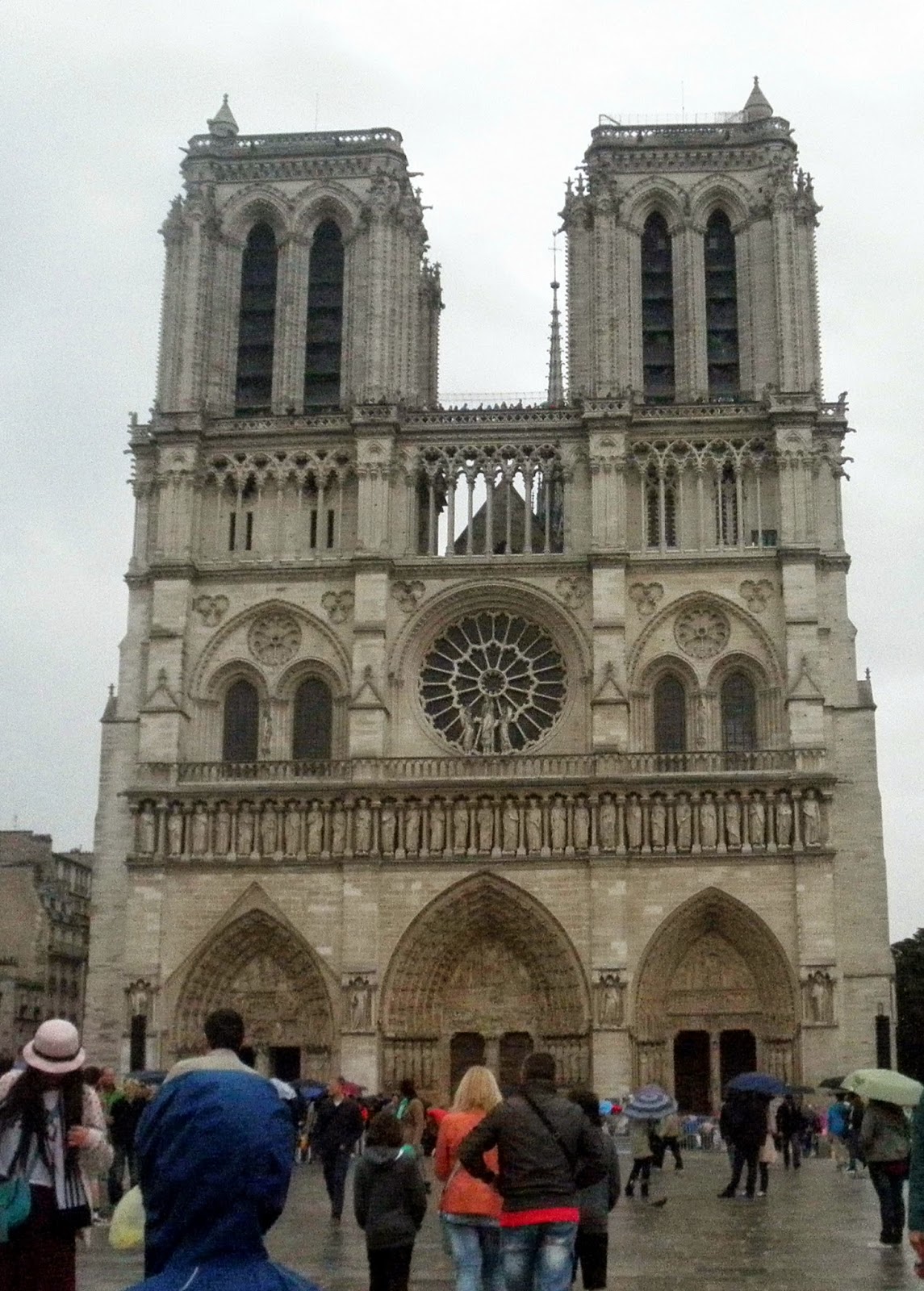 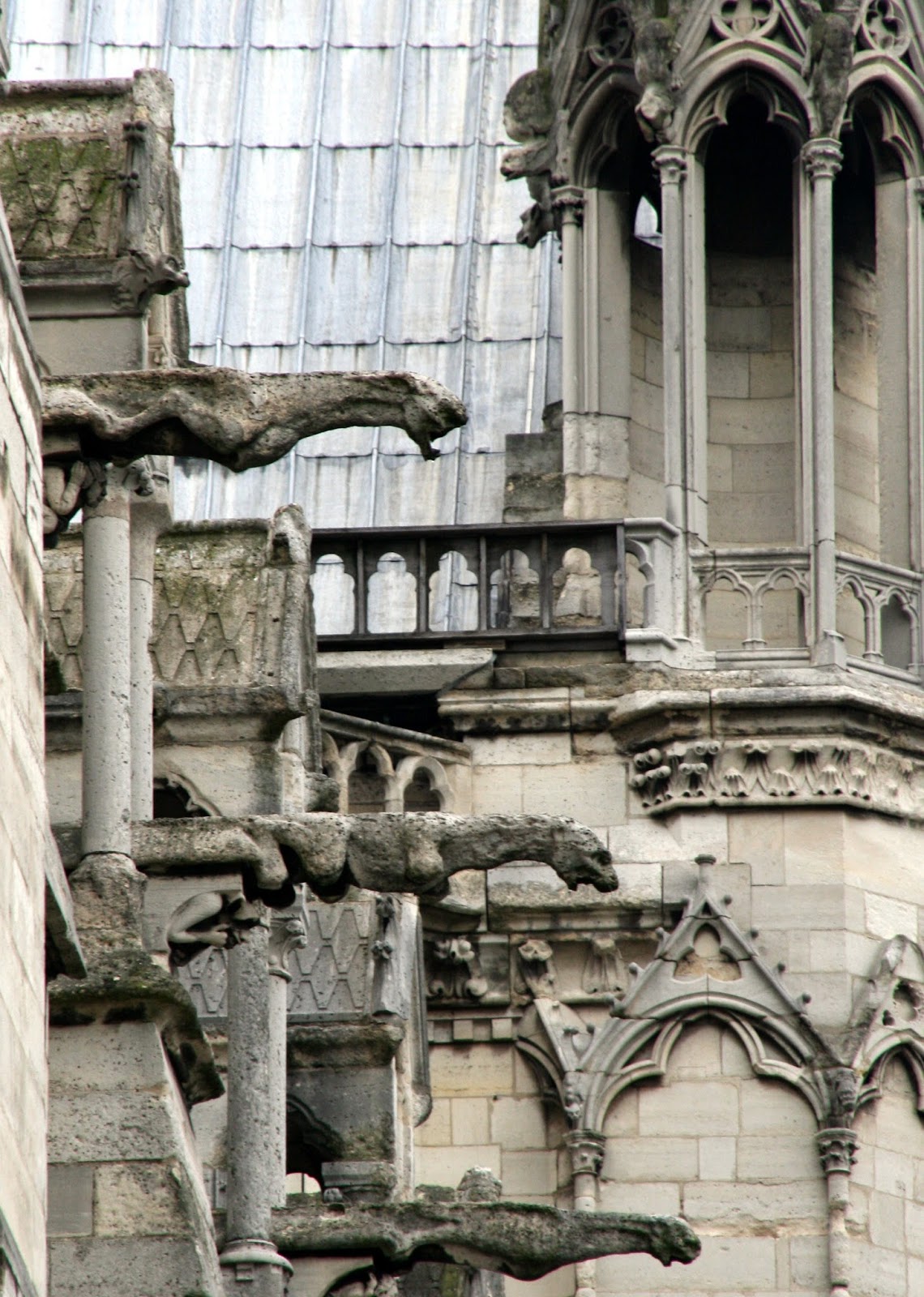 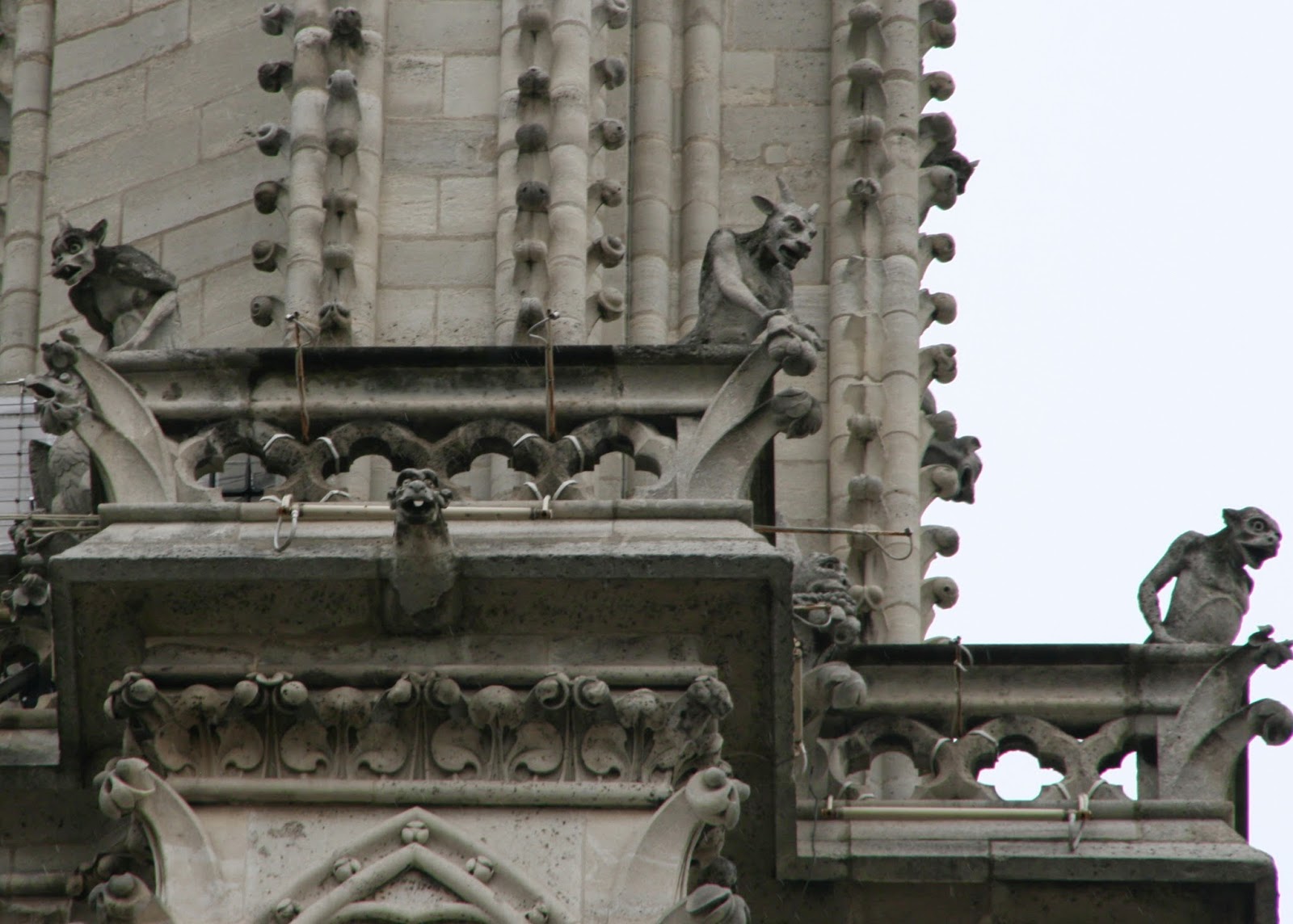 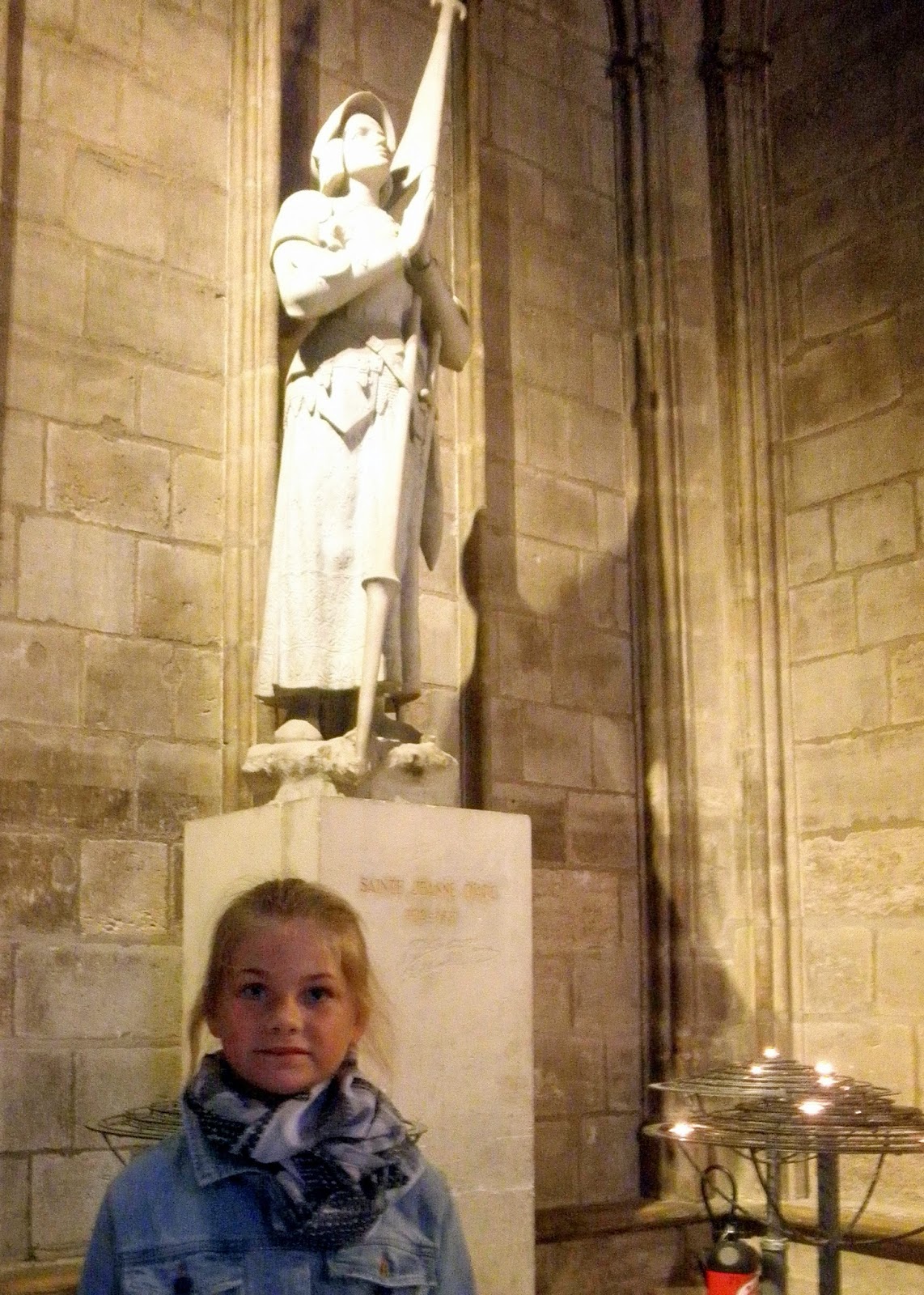 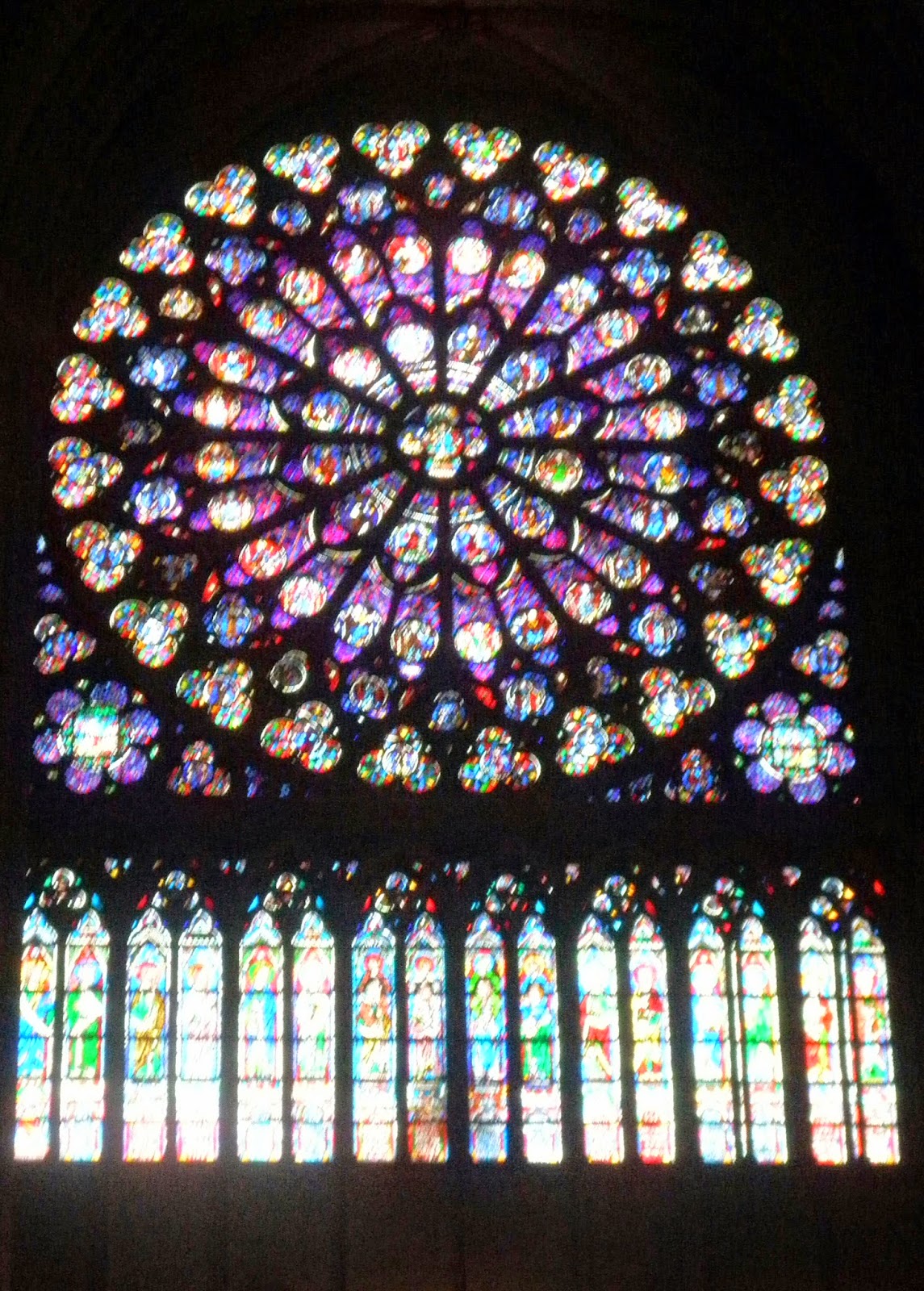 Next we road to the Champs Elysees a big street where we got off and had a snack before moving on.  In Italy we tried many different gelatos, here we are trying many different pattiseries or pastries in English.  So far we have tried croissant, chocolate croissant, eclare, flan, macaroons, and several other sweet pans or breads in English.  After eating we were energized and ready to climb the 284 steps to the top of the Arc de Triomphe. This monument honors the soldiers who fought in the French Revolutionary and Napleonic Wars.  There is also a tomb under the arch for the unknown soldiers and there is a flame that burns all the time in honor of them. 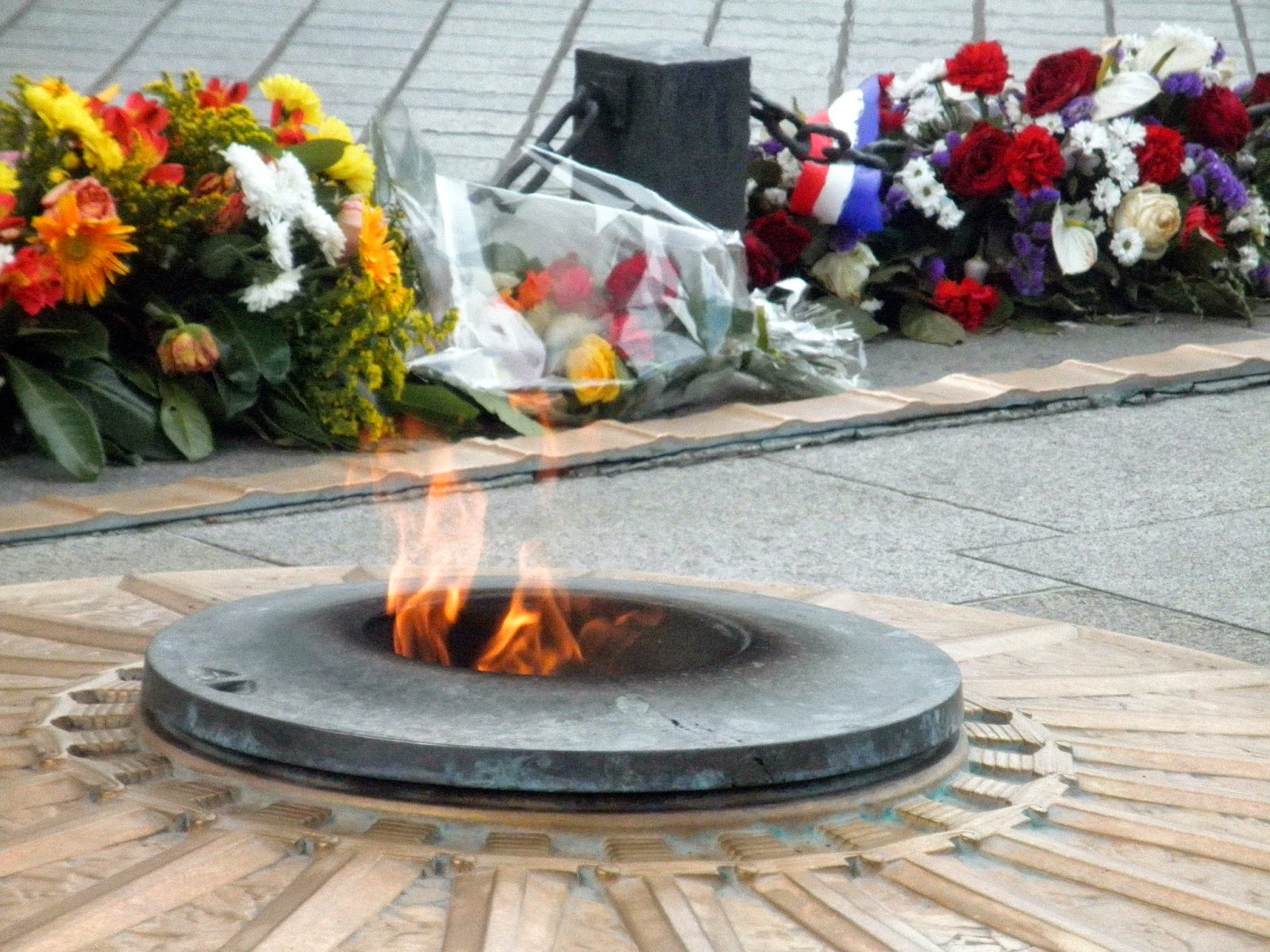 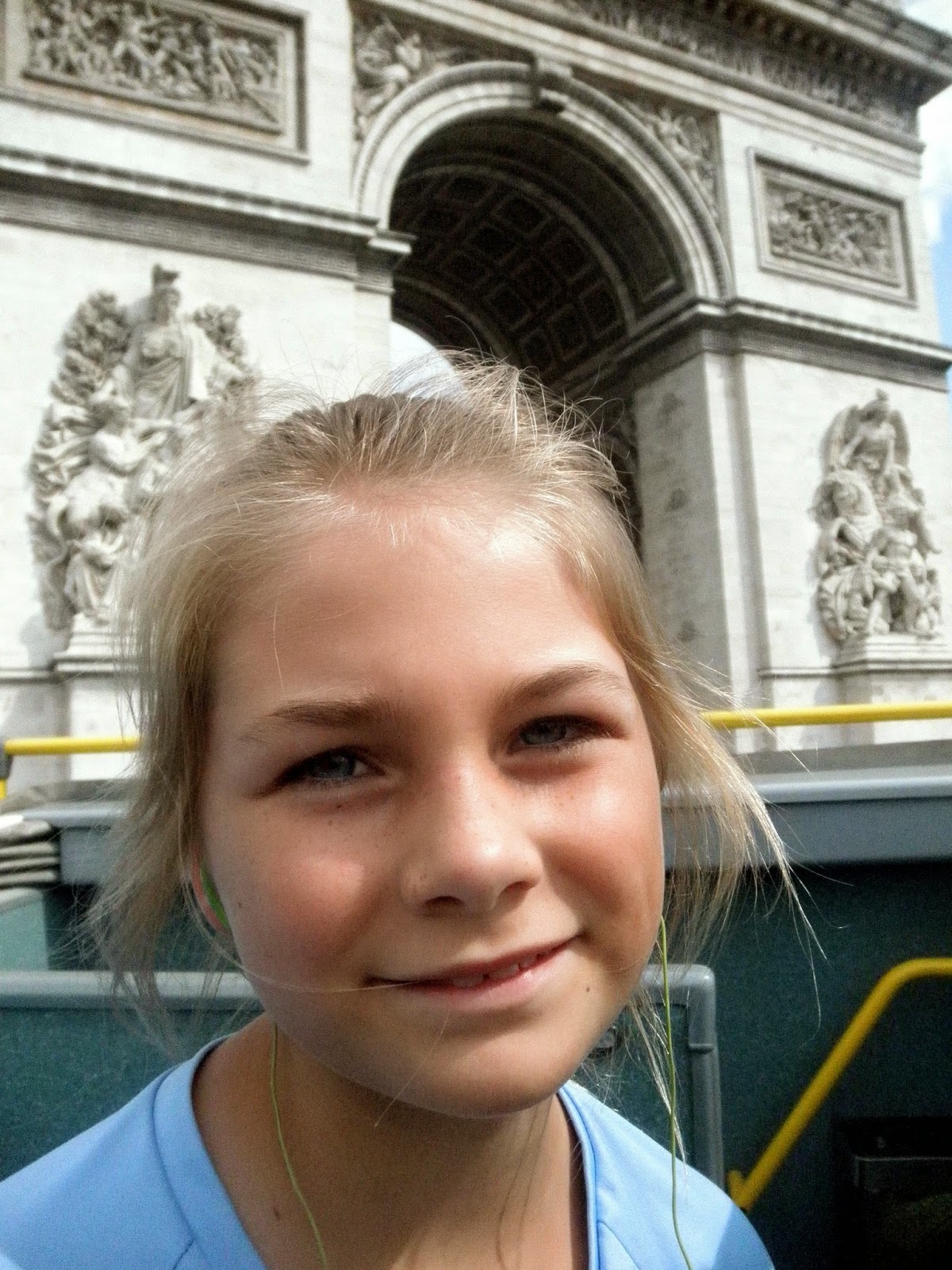 And finally what we had been waiting for...the Eiffel Tower.  The Eiffel Tower was built by Gustave Eiffel to be the entrance for the 1889 World's Fair.  I know this because it was book Magic Treehouse's Night of the New Magicians.  Unfortunately we could not go up it as you have to buy tickets months in advance.  But we walked all around it and the next night we would have dinner by the Eiffel Tower and stay up really late to see the Eiffel sparkle.  It happens at 10 or 5 minutes before the hour when it starts getting dark.  Which is not until 10PM.  It is lit up by 20,000 6 watt light bulbs that light randomly creating a sparkling effect. In big cities like this where you want to see a lot in a a couple of days I highly recommend taking these hop-on hop-off bus tours.