A Full Taste of Florence

Today we had a wonderful breakfast made by Adriana, our hostess.  It included wonderful pastries, tea, chocolate milk for Alec, coffee, and red orange juice made from blood oranges.

We did quite a bit of walking.  Our first stop was the Duomo.  "Duomo" means Italian cathedral church.  The Duomo is the fourth biggest church in the world with a gigantic dome.  We did an audio tour and learned a lot about the place.  They gave us a map with numbers.  We would punch in the number and hear about what we were looking at.  For example it is the first dome built during the Renaissance.  It was built by a local architect named Filippo Brunelleschi.  Filippo first built ribs for the dome and then filled them in with brick.  The dome would then grow upward and in. 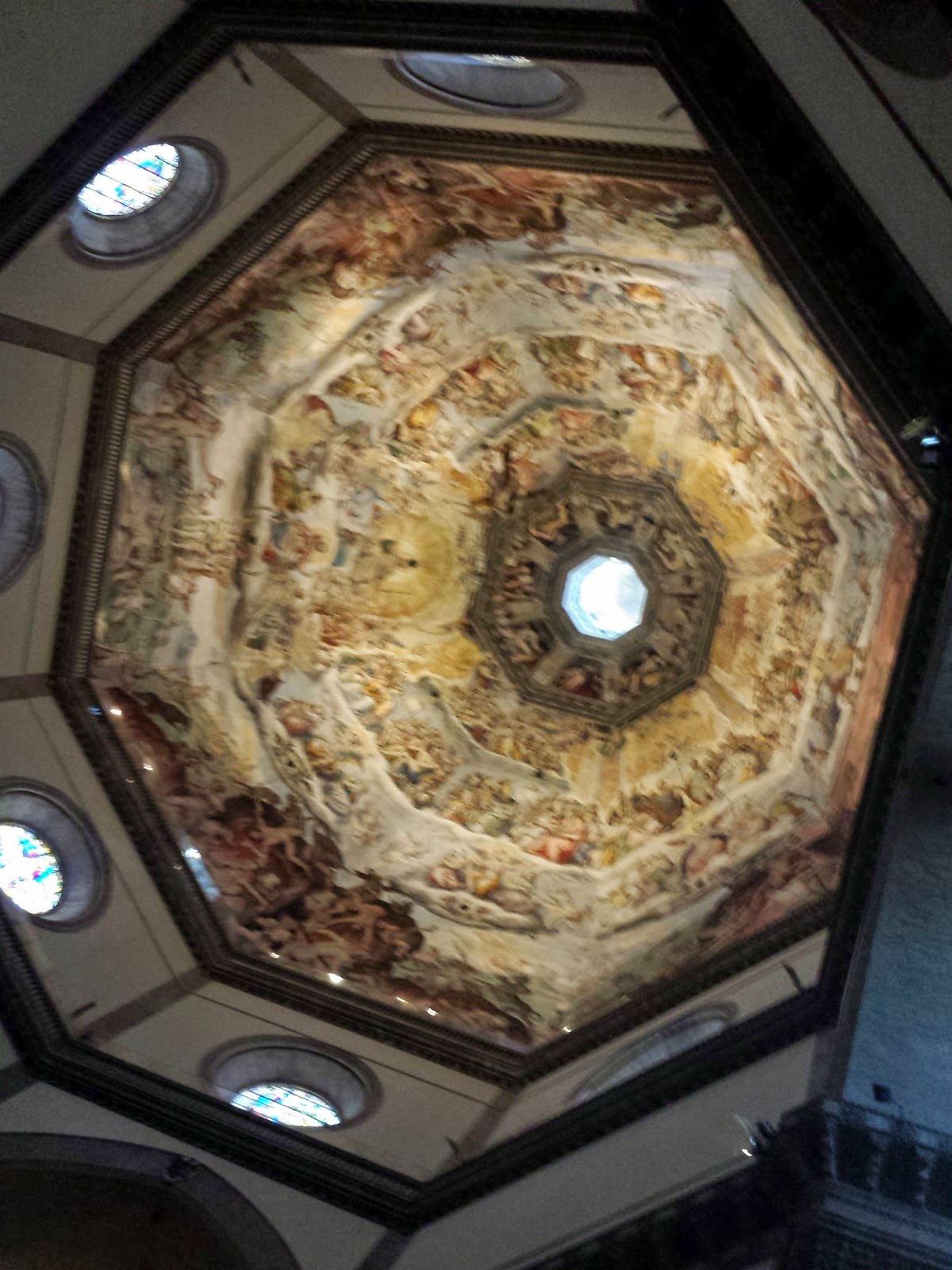 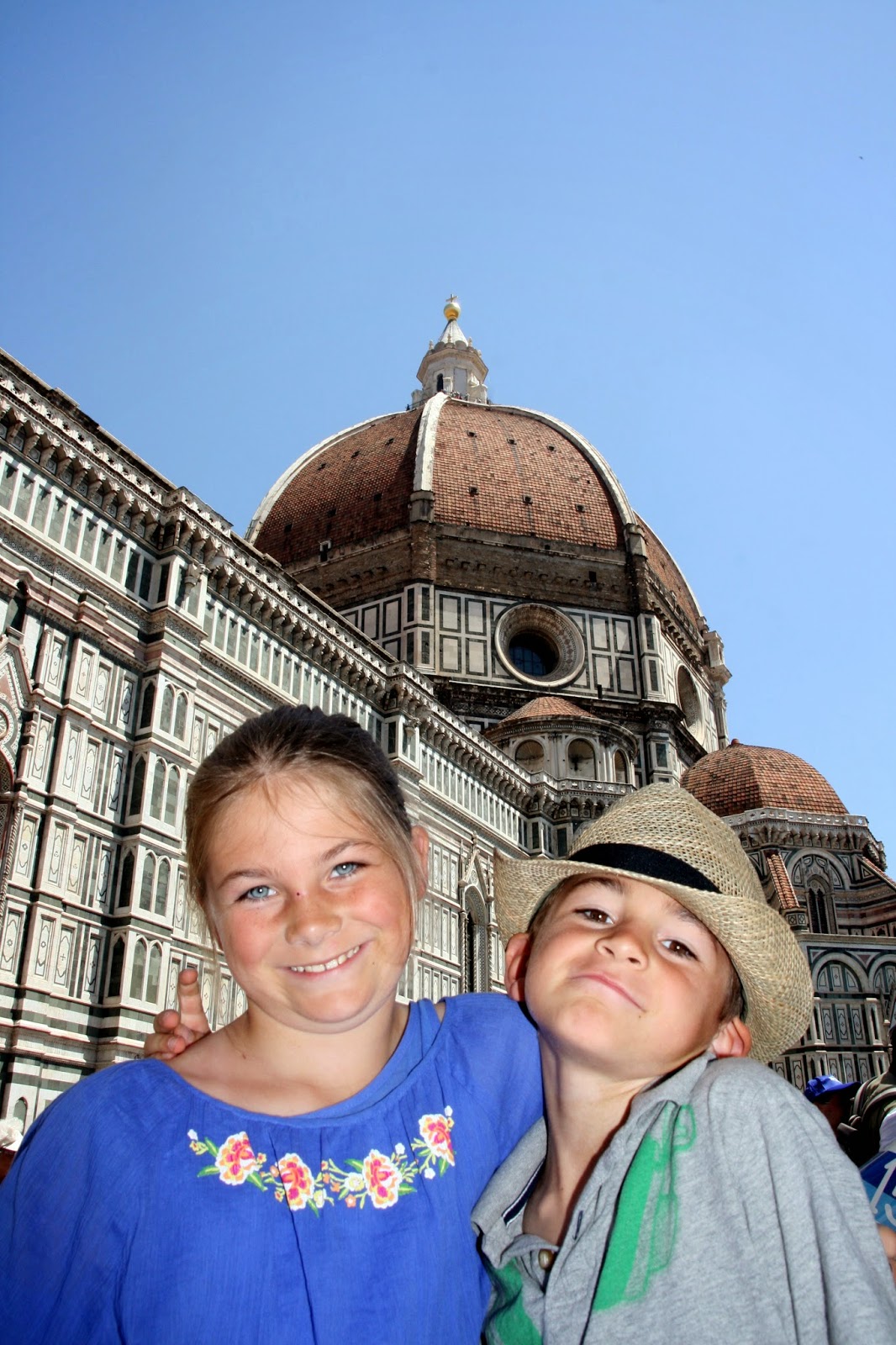 Next we stopped at the Accadamia.  This housed many statues, but the most famous was the statue of David.  The back story behind David was he was a shepherd boy and when the giant Goliath asked anyone to challenge him.  David stepped forward and with only a sling and a stone he defeated the giant.  He was carved by Michelangelo when he was only 27 years old.  He was supposed to be on the roof line of the Duomo, but instead was placed on the Ponte Vecchio.  By the way "ponte" means bridge.  Later on he was moved inside to the Accademia for protection.  We also saw many statues and paintings and a video about how some of the statues were made. 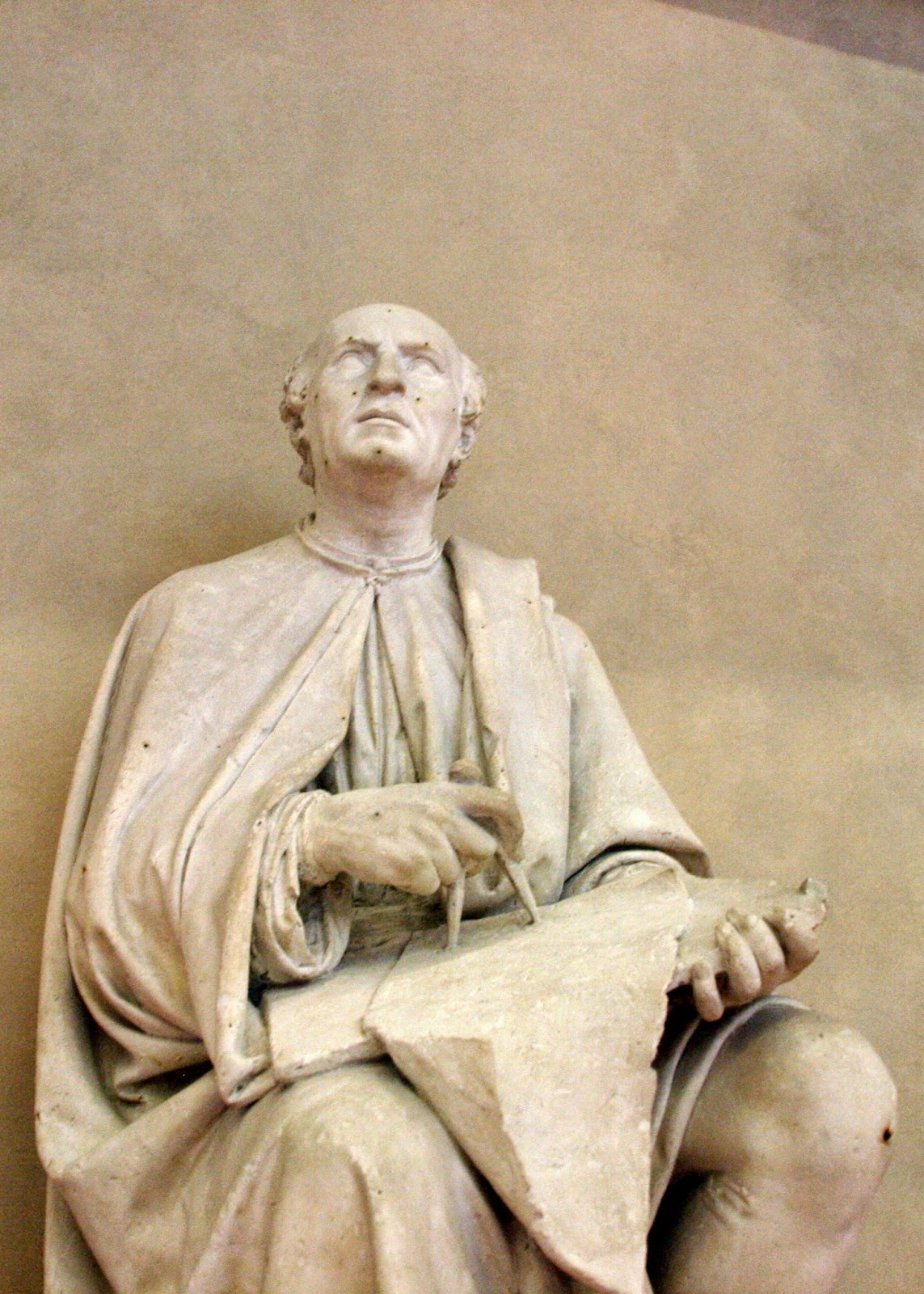 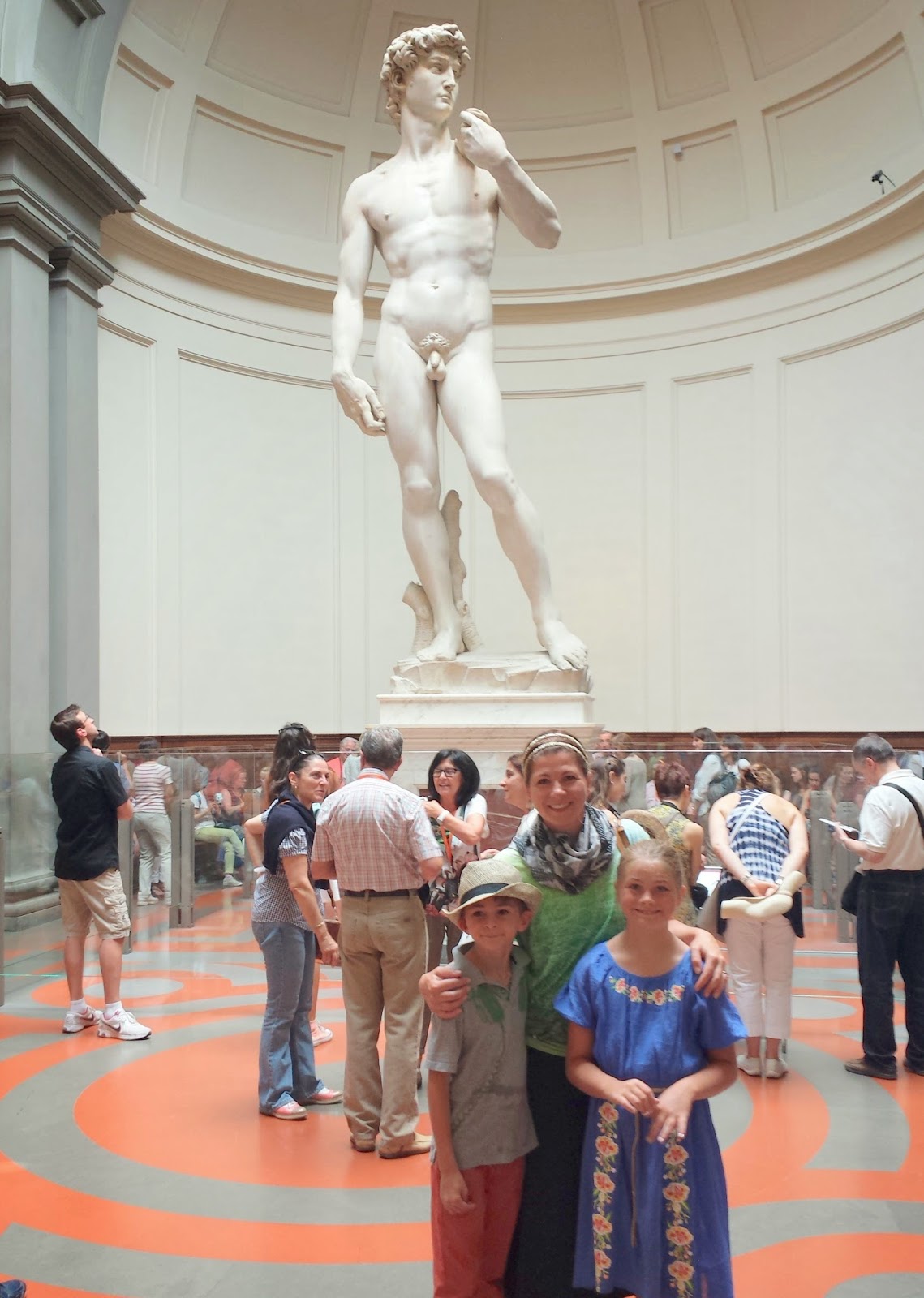 Next we took a rest at our bed and breakfast after five hours of walking.

We rested for two hours and then went back into the city center.  This time our first stop was the florencetown.com office.  There we waited for our chefs as we were having a cooking class where we learned how to make pizza and gelato.  Two men showed up named Paul and Giovanni explained where we would be going and led us through the streets for what felt like thirty minutes after all our early walking, but was really only 10-15 minutes.

Into the building we went and found tables with bowls of flour and olive oil.  We put on aprons and washed our hands and sat down.  Giovanni showed us how to make the dough.  We made our own dough using flour, olive oil, sea salt, and yeast.  We kneaded our dough until it was soft and in the shape of a little ball.  Paul covered the dough balls with a damp towel and we let it rise for the next 15 minutes.  During that time Paul showed us how to make gelato.

Gelato was created during Catherine deMedici's reign.  She loved having cooking contests and during one gelato was created.  Most of the recipes in Italy are very simple.  When Catherine married the King of France, Henry II, she took all her chefs with her and that resulted in French cuisine (cooking).  We learned to find a good geletaria you should look for 1) not fancily decorated 2) no huge mounds of gelato and 3) a line of people. 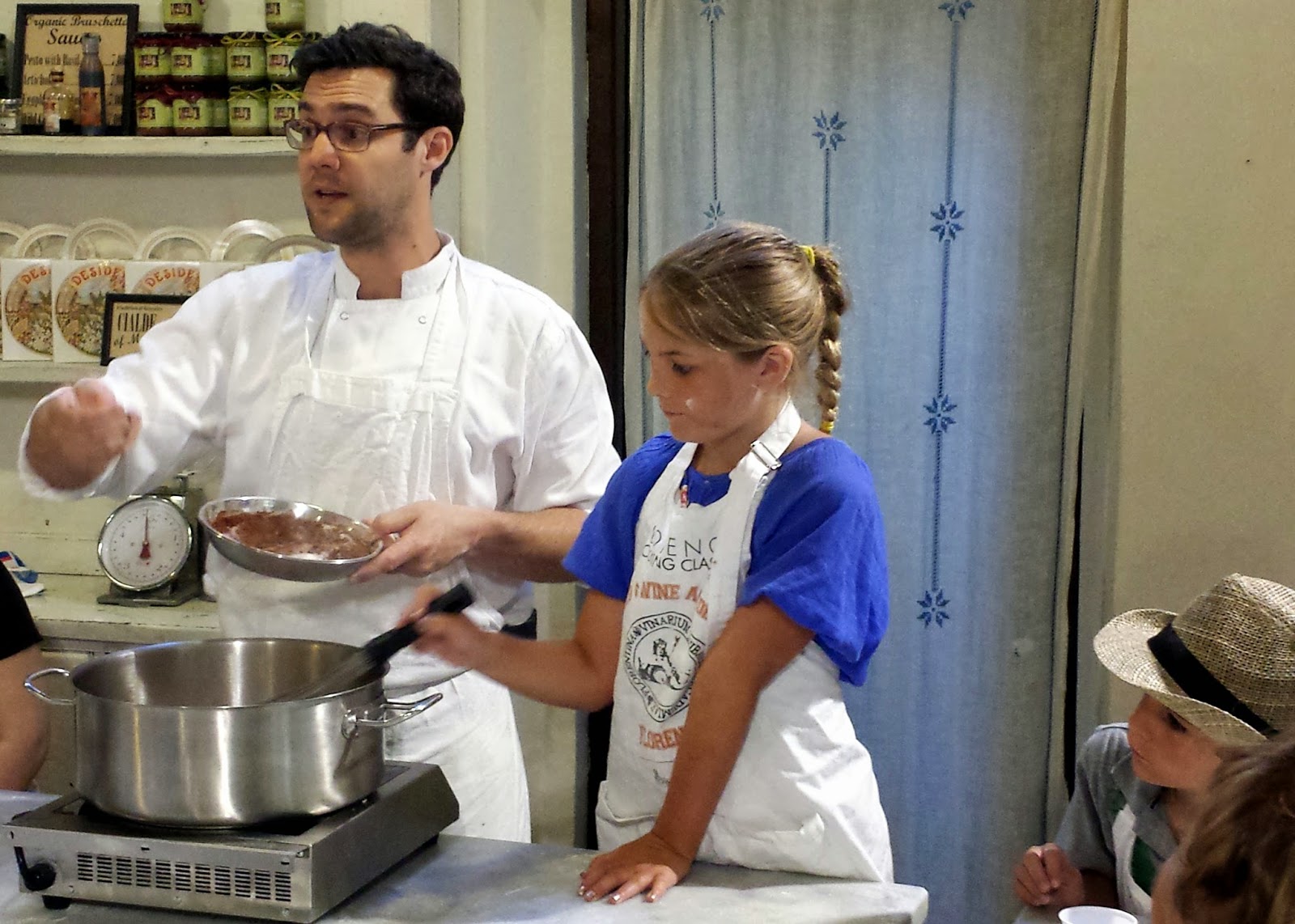 We made chocolate gelato.  First we started by heating cream and milk.  Then I helped him mix in sugar and cocoa.  I whisked away.  After it was all combined Paul put it into a machine which would freeze it and stir it and the same time. 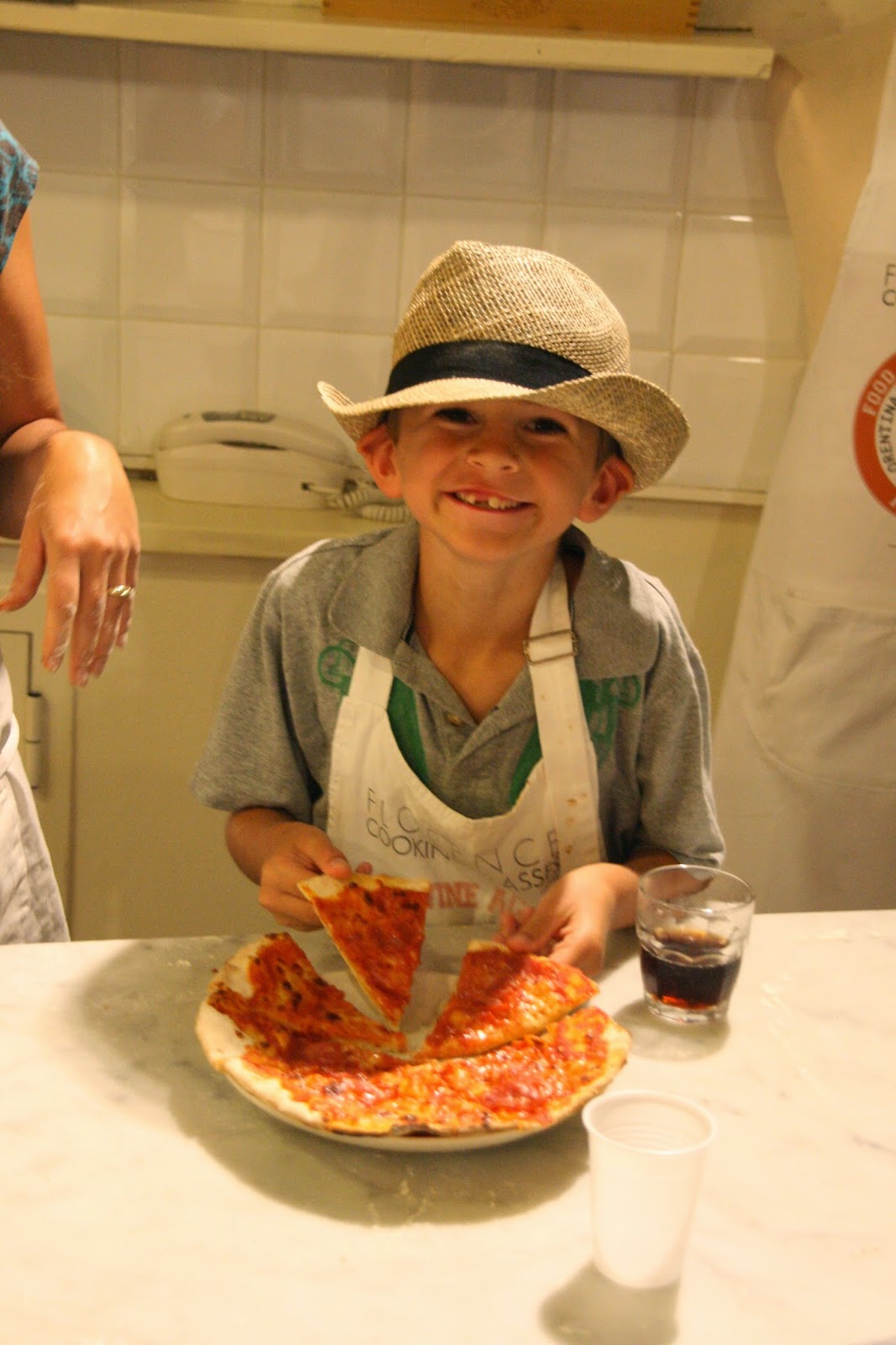 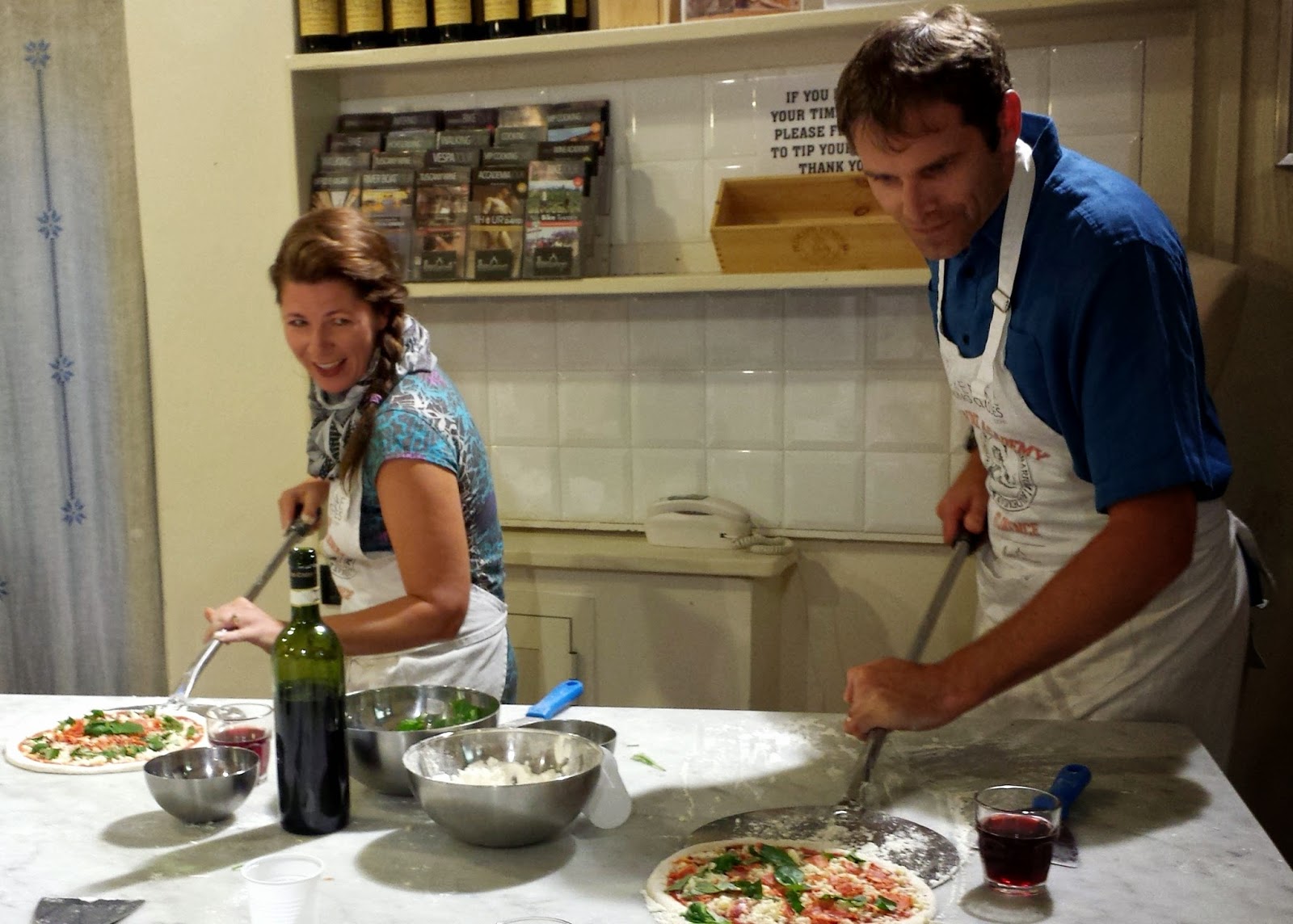 While we waited for the machine to do it's work we got our dough which had doubled in size and we shaped it using our fingers into a crust.  It was very important that we kept the dough floured so it would not stick to the table and also the right size so it would fit on the paddle.  Then we added our ingredients on top...I choose light sauce and a lot of cheese.  We put them in the oven and chatted while it baked.  We met other people in the class including three college girls traveling...one from Australia, one from Germany, and one from USA (Seattle to be exact).  When the pizza came out the girl beside me had no sauce...that looked pretty good to me.  We had Coke and the adults had wine. After pizza we had our chocolate gelato along with some vanilla the chefs had made earlier in the day. With our tummies full we said goodbye to our new friends and walked home. 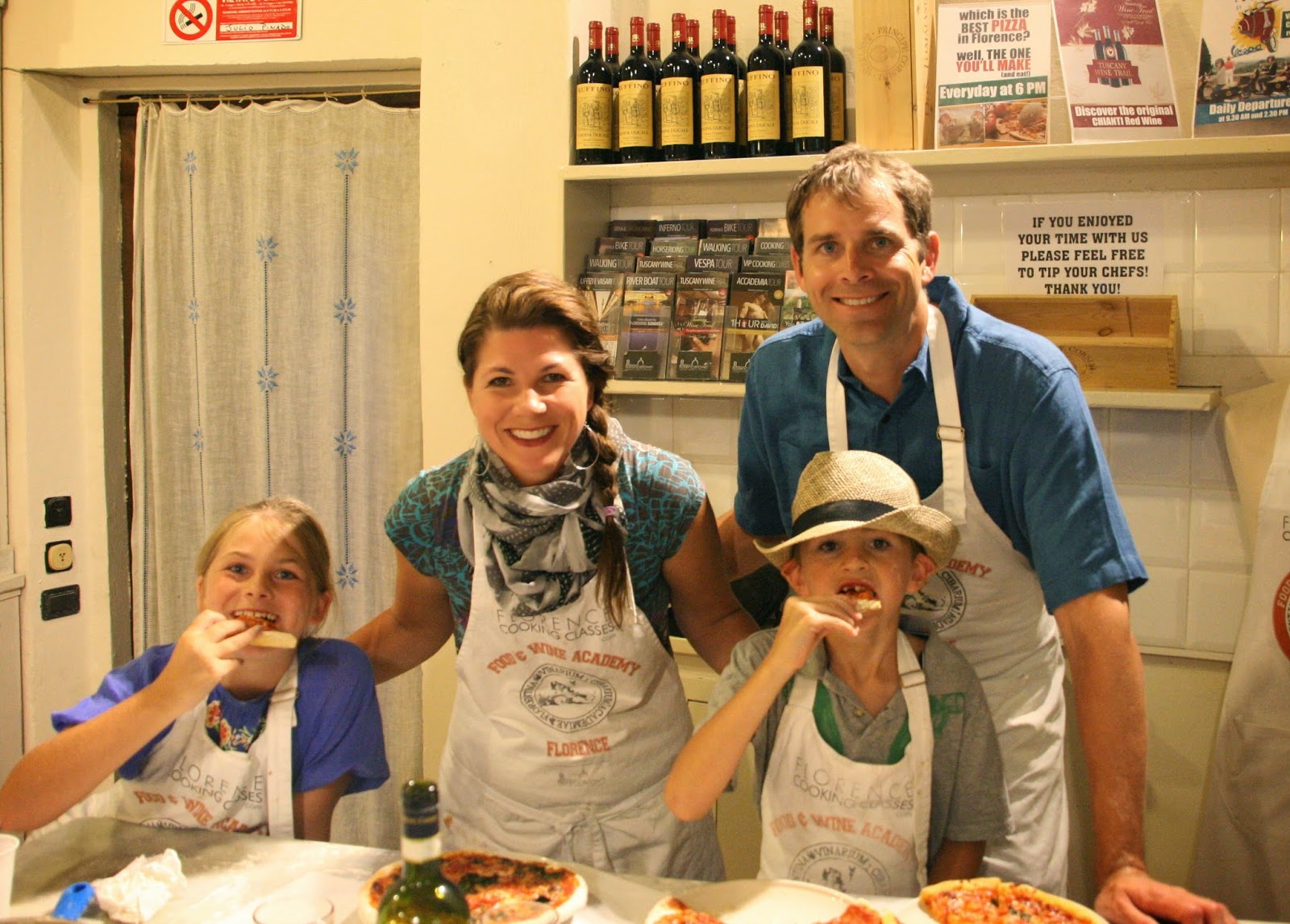 Great you saw the original David. The statue's ankles are getting weak . I hope something can be done with it.
http://www.smithsonianmag.com/smart-news/michelangelos-david-has-weak-ankles-180951328/?no-ist

Yum!! Everything looks tasty!! What fun. Makes us so want to be there with you!! You keep me smiling each day!!! Love, Grandma

Wow! So when you get back and we are sharing our photos you can make pizza and Gelato for us! You are learning a ton over there.

Thanks Grandma,
When I see you again I will make some for you and Papa.
Love
Ally

Thanks Brandon,
Sure, I will even teach you how to make Gelato and Pizza. I can't wait to see your photos.
Ciao,
Ally
P.S. BOO RAVENS

I just "binge-read" the accounts of your travels (love all the photos!) and noticed the book recommendation. My older son just did a biography project on Leonardo da Vinci - we'll have to check it out!