Do you know what Shaka means? It means to hang lose or be cool, but that is Hawaiian and we are in Israel where they speak Hebrew. Well, this week my brother and I went to surf camp by Billabong. It was hosted at a small shack called the Haifa Surf Club about 5 minute walk from our apartment. 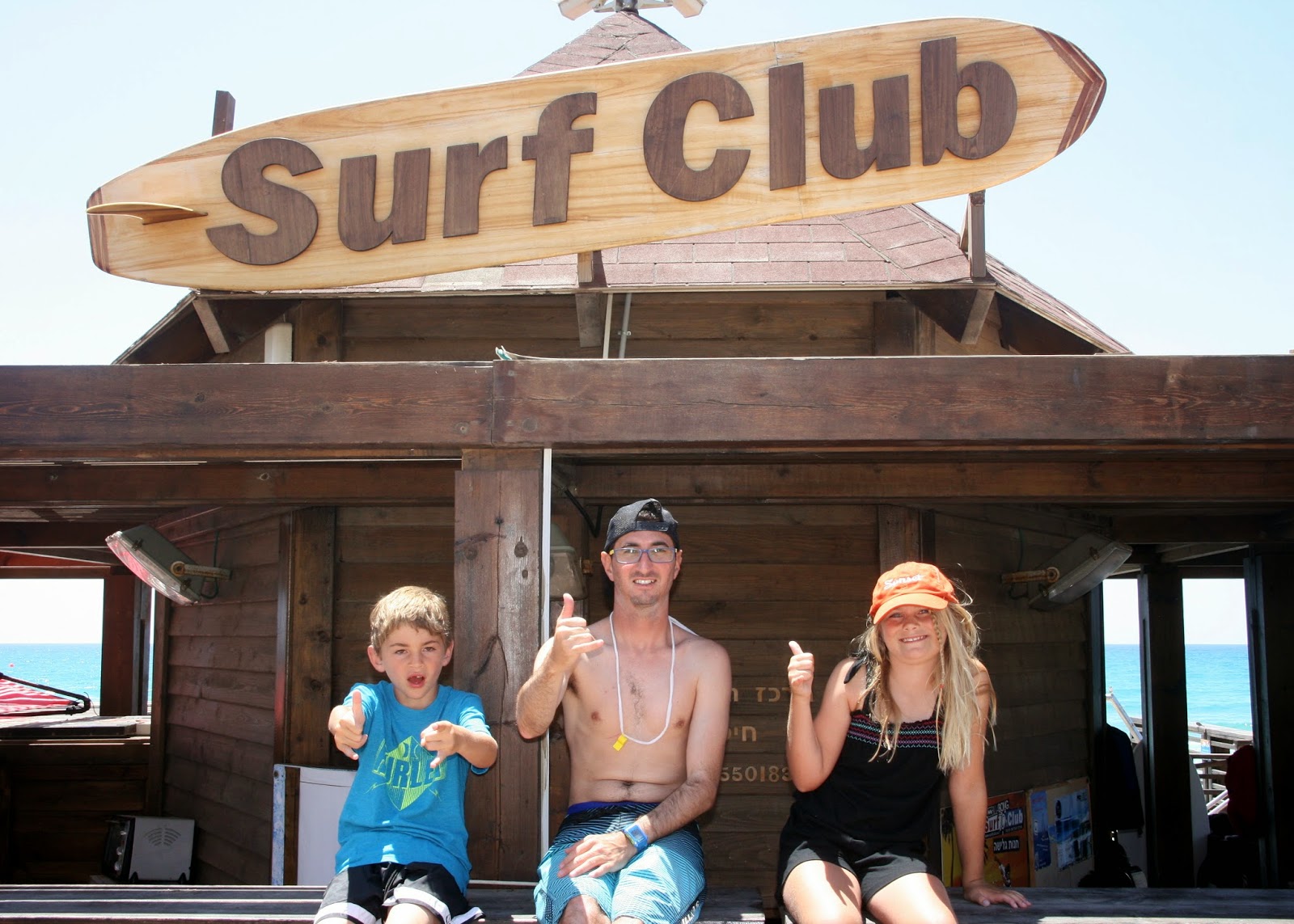 Each day we had to bring a bag full of sunscreen, a towel, change of clothes, water, and a snack. If we forgot anything we could not surf until our parents were called and the items delivered.

The kid are just starting their summer breaks here.  High school age kids started last week. Middle School followed next.  And elementary age will be out by July 1.  So we were lucky our group only had about 10-12 kids.  And I met a 11 year old girl named Maya who spoke a little bit of English. Maya's family travels a lot and has lived in the United States, including California. Her Mom was very happy for Maya to have someone to practice English with.  When the coaches spoke in Hebrew she would translate. It was her first time surfing too, but she gets to go for three weeks and we are only doing one.  She was very nice and I hope we remain friends. 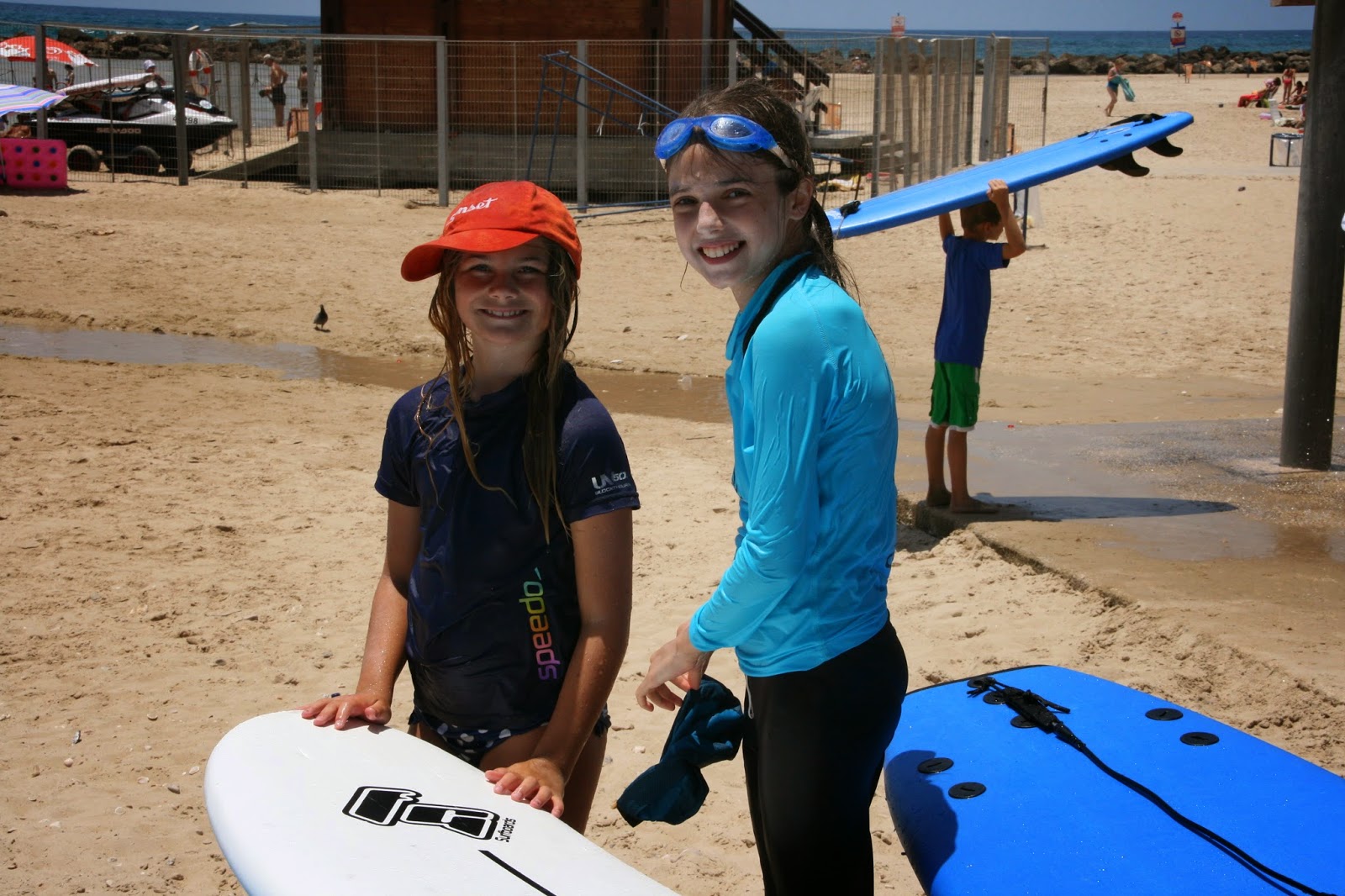 I was also lucky as many of the coaches spoke English as well.  Our coach was named Itay.  He was very nice.  Itay loves to flip me off my surfboard and I helped him out with English verb tenses - past, present, and future.  We've invited Itay to come to California and surf the cold waters.  He would really like to come see the Mavericks Surf Contest in Half Moon Bay. 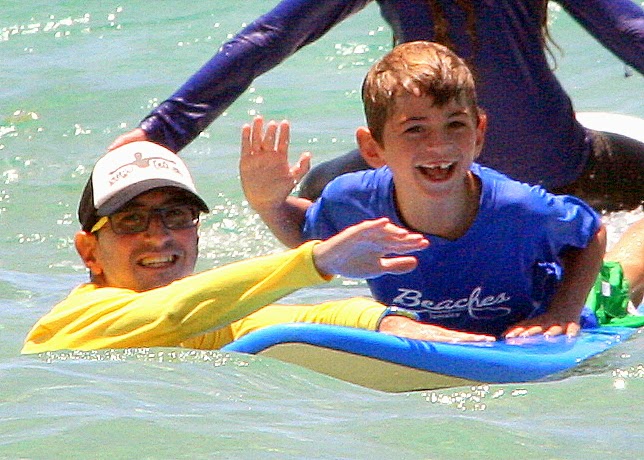 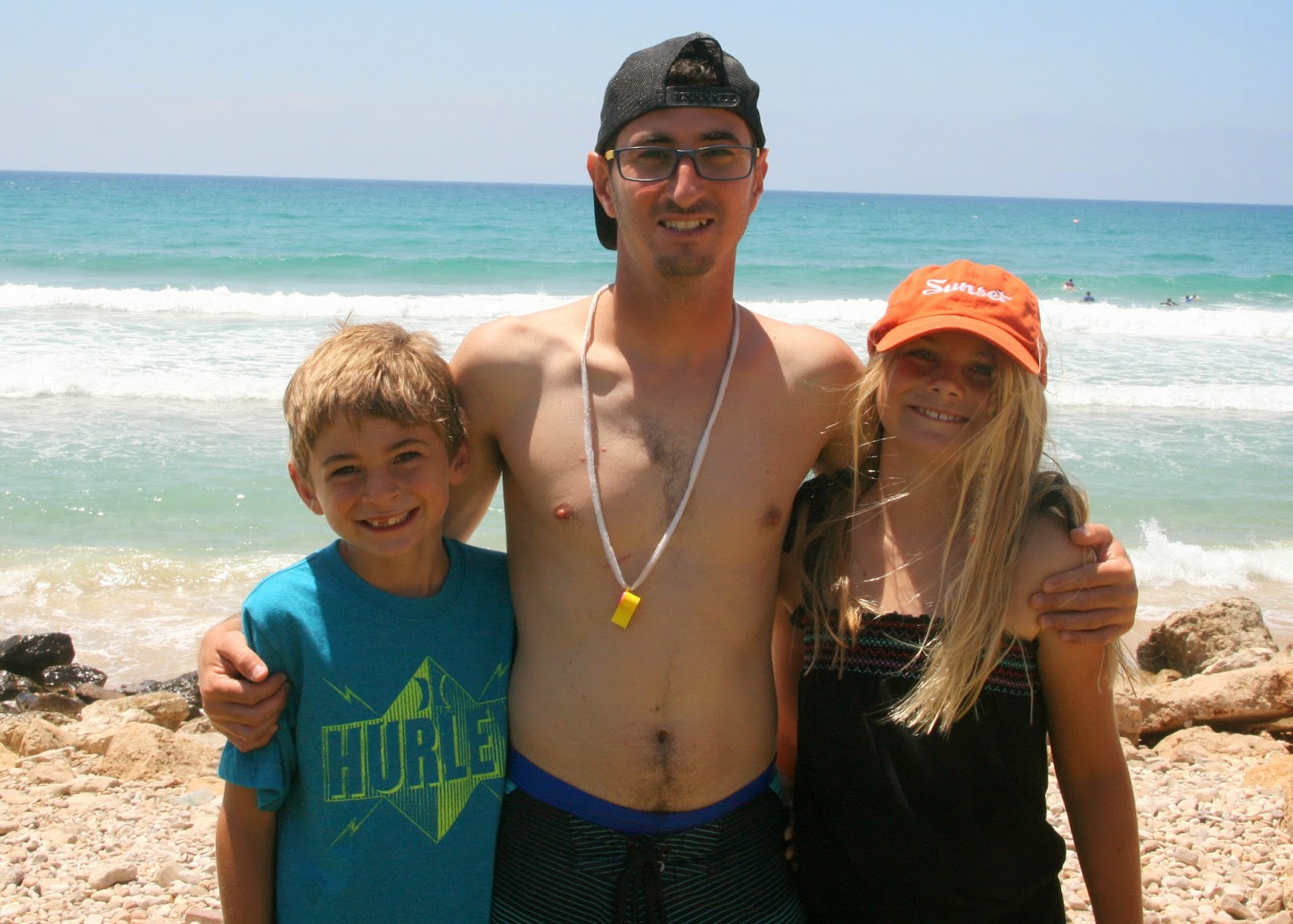 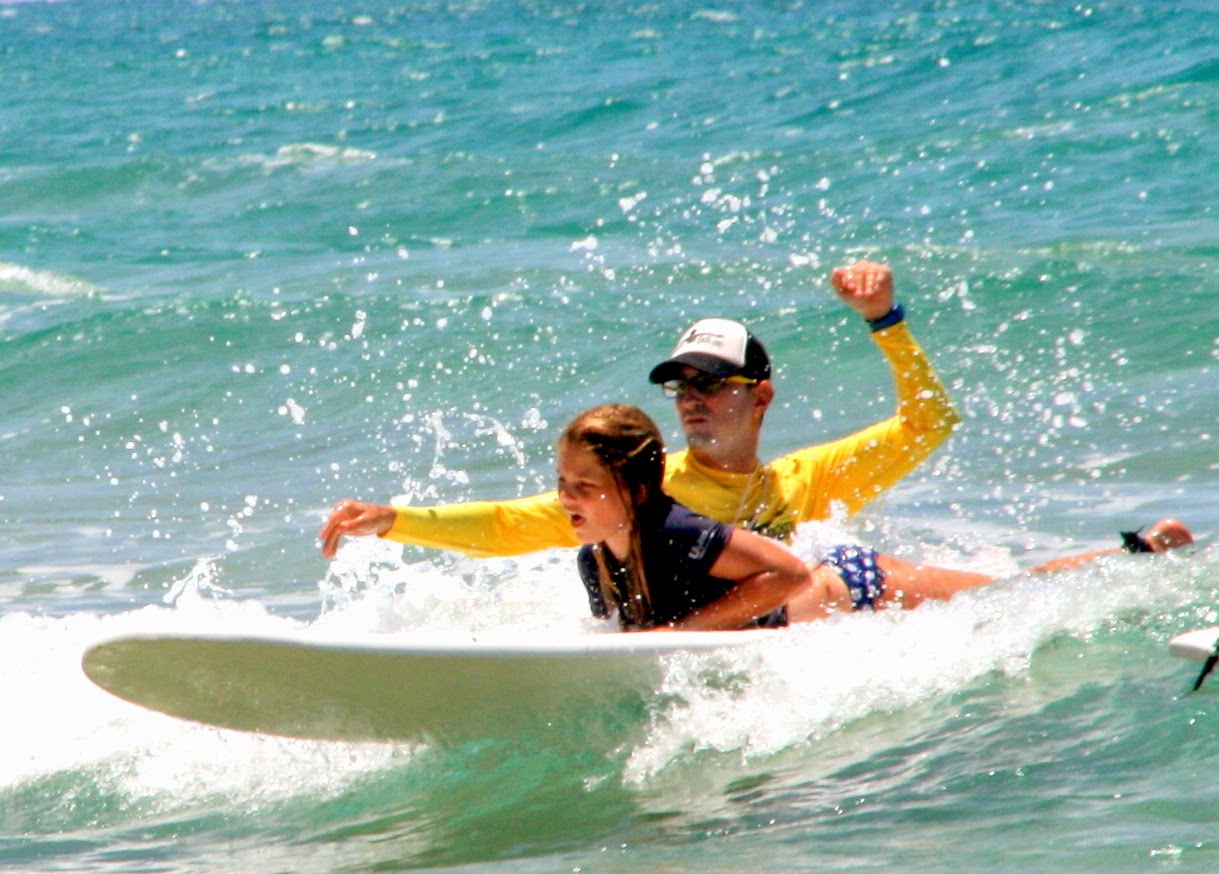 Have you wondered how to stand up on a surf board?  You start out laying on the board.  When you see a wave ready to break you paddle with cupped hands.  Then you put your right foot next to your hip, put your hands next to your chest, and jump up.  For me it is my right foot because I am right handed, that's called a "normal" stance.  Left handed people like my Dad put their left foot forward and that is called "goofy" stance.   Make sure to keep your knees bent it will help you stay balanced.  Its hard and you have to practice. I can ride a wave all the way to shore. 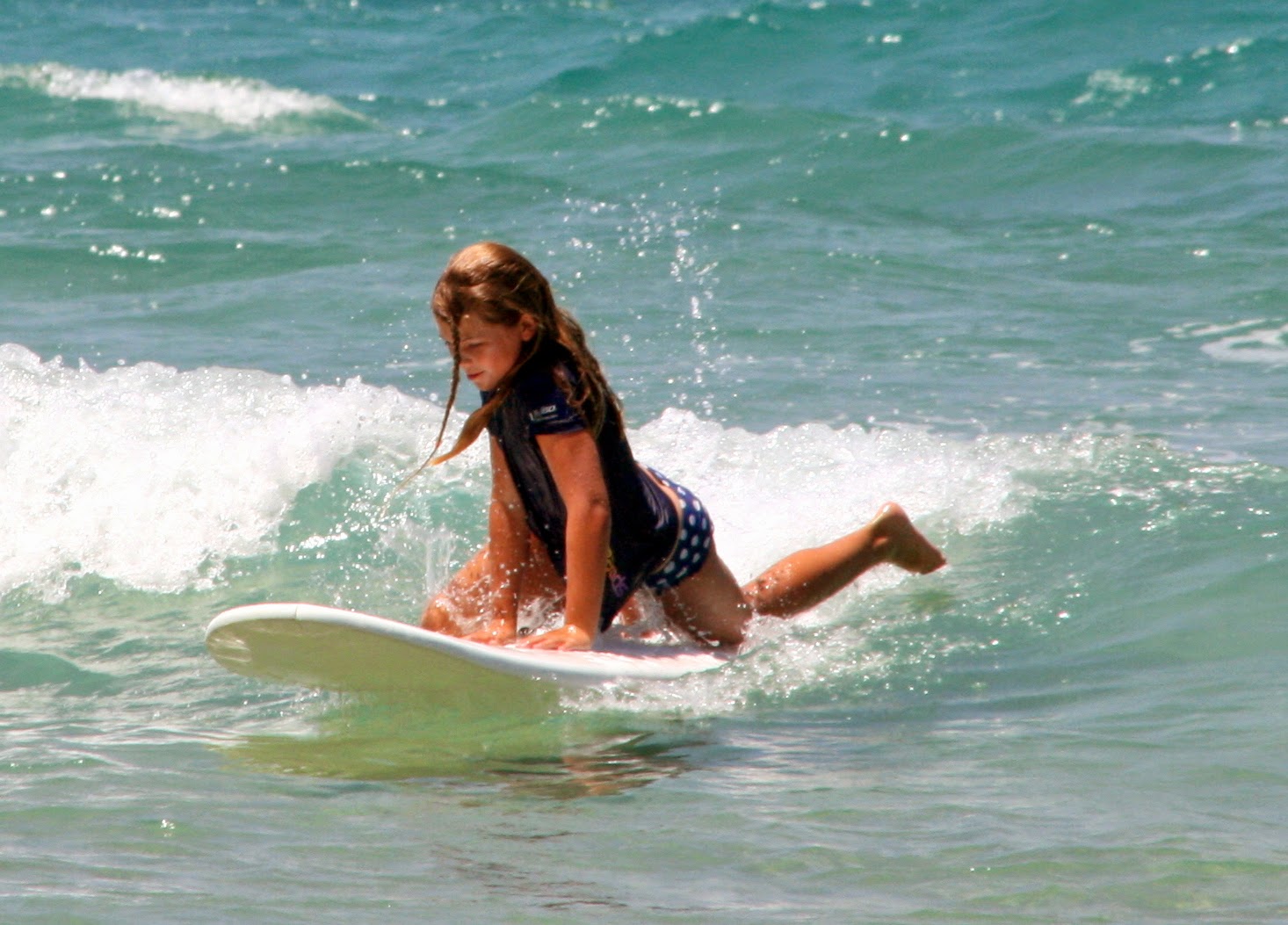 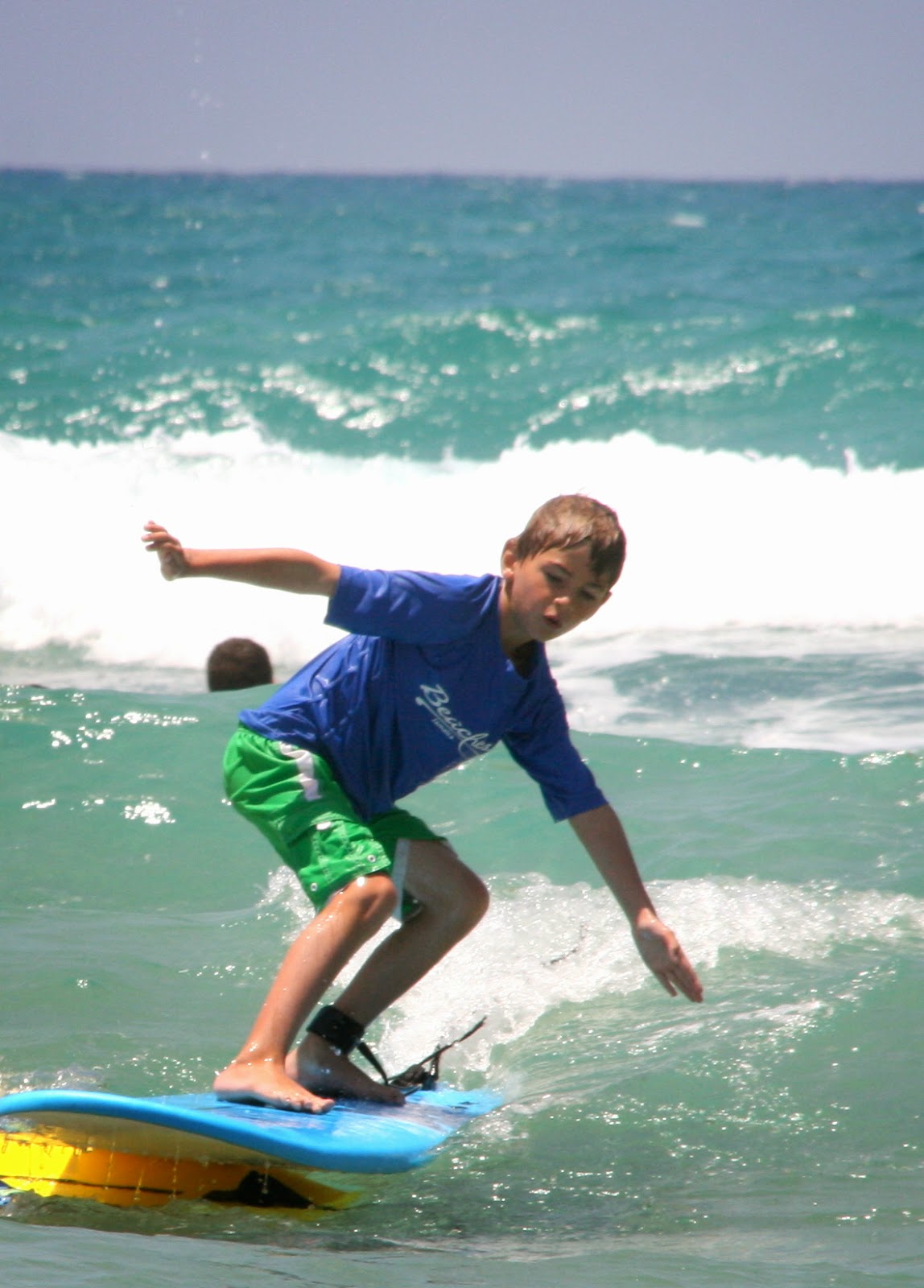 Back at the club we have these things called balance boards where we put a plastic cylinder under the board and you use the board like a surf board.  They also made us do exercises each morning to warm-up.  This included running down the board walk.  Coach K at Golden Hills School would be so proud of me running on summer break.

In the morning before warm-ups we learned about the sea.  Do you have questions like what causes high tide and low tide or what is that white foamy stuff on the water? Surf Club answers many of your questions but I will answer those two. High tide is caused by the gravity on the moon. When the moon is closer to the earth the the water rises up due to the pull.  The sun is farther away so while there is an attraction to the Earth to keep it going around it it is not enough to cause tides.  The white on the water you see is called a rip current. It is caused when the water rushing back out into the sea and the water going to shore clash. Sometimes this can be dangerous!

My favorite part was... of course surfing. I highly recommend it if you have a chance, especially in Haifa, Israel where the water is warm and the awesome coaches at Surf Club Haifa. 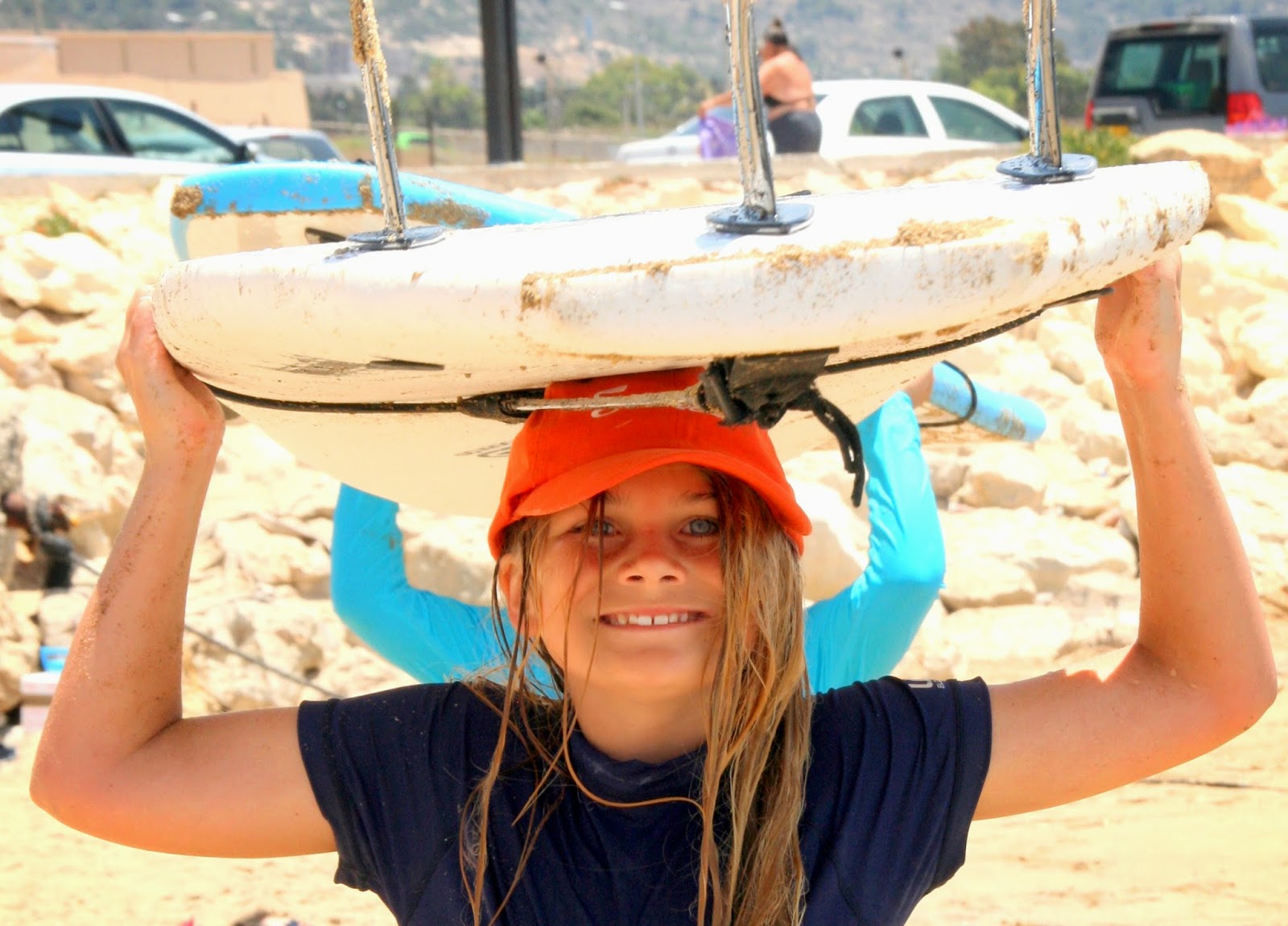 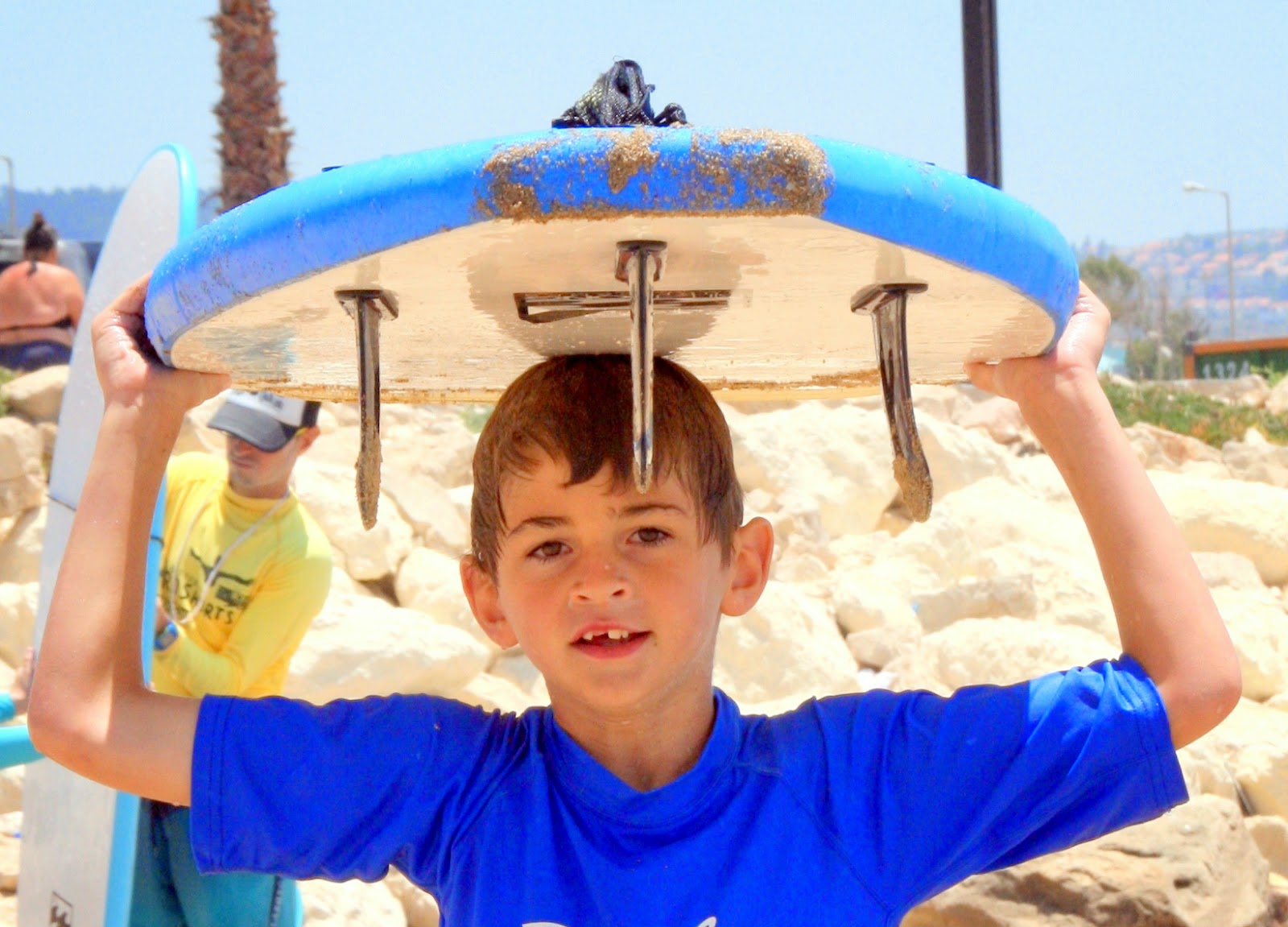 Looks like lots of fun, but think I'll just stay in a boat!!! I figured out how to put your blog on my phone, so share with friends everyday!! They are amazed at how well you write and how much you are learning. Looking forward to more news!! Love, Grandma

What an awesome experience!

Dear Grandma and Papa,
Great! Thanks for sharing. Miss You!

Dear Ms King,
I miss you so much.

I have loved reading all your entries! It certainly looks and sounds like you are having a fantabulous time! Reading your words truly makes me want to return to Israel for a visit.Can't wait to hear more about your adventures.
Say hi to Alec and give him a big hug for me. I hope you continue to learn, laugh and experience the beauty of Israel.Hugs, Ms. Singer

Dear Ms Singer,
Thanks for reading. I miss school SOO much.
Hugs
Ally+Alec